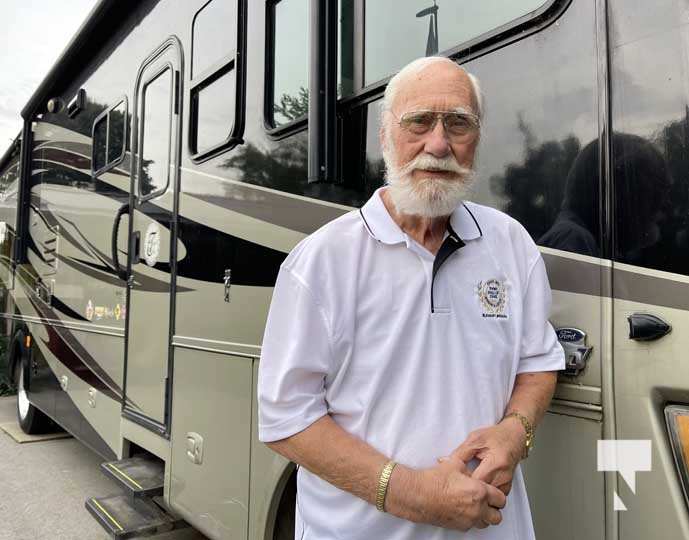 In 1960, the Cane family of Cobourg purchased a motor home to visit family on the east coast.

For Garth Cane, there has been a recreational vehicle of some kind in his life ever since.

It’s added a lot to his life, but Cane has given back in many ways – so many that he was inducted last month into the Recreational Vehicle/Mobile Home Hall of Fame in Elkhart, Indiana.

Asked how that happened, the first thing Cane mentions is the writing and photography he has done for RV lifestyle magazines for 35 years. But that’s just one part of the story.

Cane was a teacher at CDCI East who, upon leaving the job, was approached by the Ministry of Education to set up an apprenticeship program for RV mechanics. He worked on it for five years, offering it through Mohawk College campuses in Hamilton and Brantford.

Those months of the year he wasn’t doing that, he was host of a TV series called RV Vacation. The syndicated show ran over a lot of regular and some cable stations. Some of the shows can still be seen through a company called Fun Roads TV.

“I have been writing about RVs since 1986. I have been promoting the RV lifestyle in the magazines, writing for the Taylor Publishing Group and I have been involved in several things besides that,” he said.

Chief among those other things was his two decades of work with the Canadian Standards Association, the organization that establishes safety standards for virtually everything in our lives. One of the earliest things they were involved with, Cane said, was the standards for railroad bridges. Nowadays their specifications govern everything from the foundations of buildings right down to the nails we hammer.

And – thanks to Cane’s input – how RVs are built.

“All RVs have to be built to a standard. It’s something like cars – there are standards required,” he stated.

He left the group when, upon the retirement of the chairman of the entire CSA RV group, he was asked to assume that position.

“I have been doing that for a long time – that’s what’s called a non-paying job,” he said.

“I also volunteered to be on the board of directors for the RV Safety and Education Foundation out of Florida.

“I am constantly going to meetings. As a result, I travel a lot.”

He has seen the inside of a lot of airports, of course, but there’s another mode of travel he prefers.

“I have a large motor home, so we use that to do most of our travelling,” Cane said.

“I have done a lot of seminars at RV shows, things for manufacturers and so on. Whenever possible, we would drive the motor home and, in between those seminars, have some private time.”

One of the great things about his travels, Cane added, is the great numbers of interesting people he meets. There might be a couple hundred introductions at a seminar, for example.

And there were some interesting people at his induction. Each year the hall of fame – which was established in 1972 – has five people inducted from the RV side and five from the mobile home side.

“Basically, anyone being inducted had to be involved in the industry more than 25 years. Some of the other people inducted besides me were from different aspects, like manufacturers. And one fellow was from a bank – you can’t build RVs or sell them unless you have good relationships with the bank.”

If anywhere near Elkhart, Indiana, is in your future travel plans, Cane says the hall of fame is worth a look. It’s also a 100,000 sq. ft. museum with a variety of displays and historical recreational vehicles from such legendary makers as Airstream and Winnebago.

As for Cane’s future travel plans – the mystique of the open road may continue to call, but that motor home has not been out of the driveway of his Cobourg home for a year and a half now.

“Something called a pandemic came along, and we are not allowed to drive across the border into the US,” he said.

His last trip was that induction ceremony. He had to fly to the site.

“We had no problems at the border flying down,” he reports.

Still, Cane holds on to that motor home with the hope of using it for a few more years.