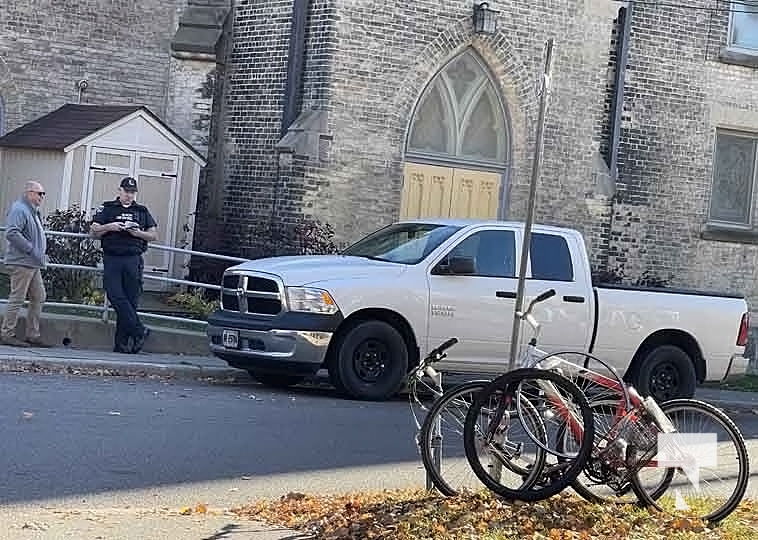 A regular property standards and maintenance issues check by bylaw in the area of Transition House earlier this week discovered a man with a club and hunting knife.
Manger, Bylaw Enforcement and Licensing, Kevin Feagan along with a bylaw officer were walking in the area of Transition House and Trinity Church when they saw a man in front of Transition House on the sidewalk on October 24, 2022 at approximately 3 p.m.
Feagan said the man told him he’d, “just been evicted for carrying a club into the premises.  He was upset, agitated and quite vocal, shouting across the street to us.”
Feagan approached him to ask if the man needed assistance and then noticed, “a large bladed hunting knife on the sidewalk beside him.”
The man told Feagan it was a tool he was using to fix his bicycle.
“He was asked to put it away but refused to do so and continued to be loud, abusive and swearing.”
Several people in the area with young children witnessed the encounter.
“I advised the man once his business was done to move on and he indicated he was waiting for his wife who subsequently joined him and they left the area.”
Feagan said he is familiar with the person and his spouse having assisted returning their belongings from an encampment in the past off of William Street.