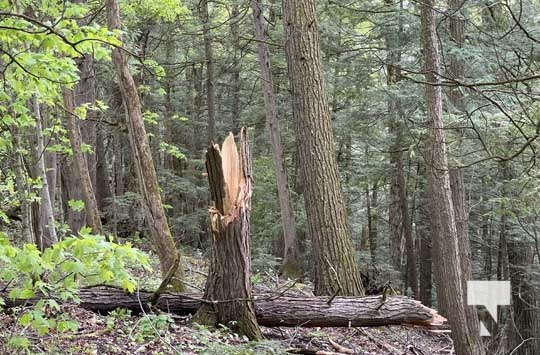 The Ganaraska Region Conservation Authority said it will not be commenting on a letter Today’s Northumberland received until they have their Board meeting.

In May, a storm caused major damage to the forest area.  The facility has been closed for repairs since.

The email stated, “users and residents have been growing impatient with the progress of reopening and the lack of meaningful communication between the GRCA and the members.”

Communications contact for the GRCA, Craig Smith would not comment on the e-mail and stated, “The GRCA has its upcoming Board Meeting, next Thursday, Oct. 20th, with a media release planned to follow on Friday. We are currently putting together a more in-depth release and plan to include various media as part of the information we’ll be sharing then.”

The e-mail sent to Today’s Northumberland is below:

“As you know the Ganaraska Forest has been closed since late May when the storm blew a path of destruction through a swath of southern Ontario.

Users and residents have been growing impatient with the progress of reopening and the lack of meaningful communication between the GRCA and the members. So much so that a petition was started by a couple of local residents:
https://www.change.org/p/ganaraska-members-action-group-forest-reopening
As you can see its getting quite a bit of attention, but what we have since discovered is that GRCA staff are using the storm closure as cover for a major change to the forest. The GRCA went through a necessary public process which wrapped up in 2018 to develop a new forest management plan. The public plan is certified by a professional forester and is necessary for maintaining the “multi-use forest” designation which affords tax and other benefits for the holder. Instead of clearing the trails of fallen trees from the storm it appears the GRCA instead decided to write a massive change of the forest use plan which includes cutting off most access points to local users, and eliminating 20% or more of the motorized use area.
The plan which does not appear to have been made public nor approved by the GRCA board does appear as though it’s being implemented by staff (since fences and gates are being installed across entrances). The plan which is a massive and unnecessary change of use is being justified with a lot of technical jargon which is largely nonsense and/ or false and includes zero public or user input which is contrary to the 20 year plan which is only 3 years old.
A copy of the deceptively titled “operational recovery plan” is attached. The forest has undergone significant changes in the last couple of years which include a very antagonistic approach to users (particularly motorized) and the elimination of volunteers who have been maintaining and patrolling the forest for the last 30 years. The forest is now patrolled by a paid security force who are anything but “family friendly”.
We think what the GRCA is doing is very wrong, many have spent major dollars to live next to and enjoy access to what we believe is a public asset, if they can’t access the forest from their properties and have to trailer a horse miles to the nearest entrance they have lost significant value in their investment.”