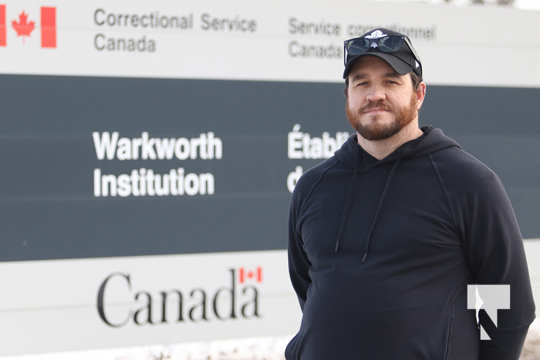 A release created on behalf of the Union of Canadian Correctional Officers at Warkworth Institution says the Federal Government will be issuing needles to inmates so they can inject contraband in their cells.

“Is this a joke?”, “Are you kidding, you must be kidding?” is the type of response the union has been receiving when members of the public hear about the proposal schedule  to begin next month.

The release continues, contraband is a legal definition for anything within a Penitentiary Setting that would be deemed illegal like weapons and drugs. So, yes the Correctional Service of Canada and the Government of Canada are providing Federal Offenders a vehicle to perpetuate their use of drugs (which for many was a huge factor that lead to their criminality), and yes those drugs are illegal. Upon hearing this more in depth the majority of the General Public responses become much more colourful and expletive filled with shades of anger, frustration and cynicism.

The other common messages we hear back are, “I really respect the work you Officers do, but I wouldn’t want your job. This doesn’t make any sense.”

The Commissioner of the Correctional Service of Canada, Anne Kelly, has given direction that a Prison Needle Exchange Program be implemented at Warkworth Institution over the next month.

What this “Program” does is allow for every Offender at Warkworth (near 570) to apply for a hypodermic needle to be stored in his cell to use illegal drugs like heroin, various opioids like fentanyl and carfentanil, prescription medications, and other substances such as industrial cleaners.

The rationale given by Correctional Service of Canada Project Officer, Roger Martin is simply “harm reduction”.

When asked at an Institutional Health and Safety Meeting about the exact transmittal rates due to needle sharing for drug use, illegal tattooing or unprotected sexual activity he stated he could not provide that information.

What we do know is that since the implementation of issuing condoms and bleach kits to clean illegal needles that both the rates of Hepatitis C and HIV have declined. In 2007 the rates for Hepatitis C went from 31.6% to 7.8% in 2017, and HIV went from over 2% to 1.2% over the same period.

Treatments for both these infectious diseases have also improved greatly to the point that if a patient is under care there may be no detection of the virus in their bloodstream.

Now, on to the real crisis at Warkworth Institution. That is the OPIOID Crisis. Over the past year alone, Warkworth had two Offender Deaths related to Opioids, 28 Overdoses, 303 seizures of drugs and related paraphernalia, 172 positive urinalysis tests and 80 Offenders refused urinalysis.

If we are going to discuss “harm reduction”, we need to be focusing our attention on the overdoses. Our recommendation from the Union of Canadian Correctional Officers at Warkworth Institution is to implement an Overdose Prevention Site (OPS). As strange as this sounds in an Institutional Environment, an OPS would allow an Offender to attend a private area with a Healthcare Professional who will guarantee a safe unused needle, monitor the Offender, and also provide an opportunity for intervention and personalized treatment.

Under the Needle Exchange Program (what Anne Kelly wants), the needles would be in the Inmate’s cell where he may be pressured to share his needle, can use it at anytime where his risk of an overdose increases, and if there is need for a medical intervention this is done by Correctional Officers who are not Fully Trained Medical Professionals.

There is also a missed opportunity to interact with the Offender prior to his use to see if underlying issue(s) can be addressed.

The other challenge for Correctional Officers is that if we find an Offender injecting with an issued CSC needle, what is our legal, moral and ethical requirements and options?

The Offender is obviously using something the Government provided him, however the substance inside the barrel could be quite lethal and as mentioned earlier drugs are illegal in Federal Institutions.

What do we do? Our understanding is we must intervene to prevent him from injecting and seize the needle, but this also elevates our risk as we may have this needle turned on us like a weapon or have to deal with a potentially fatal medical event. ISSUING NEEDLES DOES NOT PREVENT OVERDOSES.

And how do you think the family of an Offender will react when they found out their son/brother/father/friend passed away with a CSC issued needle in their arm?

Rob Essex, Local President for the Union of Canadian Correctional Officers at Warkworth states, “We have an option that is based on common sense, where an Inmate is guaranteed a clean needle, supervised by a medical professional and also has an opportunity to discuss treatment or discovering underlying issues for drug use…therefore there is a better opportunity to make rehabilitation and corrections a priority.”

“What the Government is proposing means that Inmates will have Needles in their cells that they can use at anytime without being monitored by a Medical Professional. As well, there is a greater risk to share the needle or be muscled for it or even using it as a weapon.”

“Drumheller Institution in Alberta has introduced an Overdose Prevention Site after an epidemic of overdoses, and has not had one since its implementation is my understanding. While Grand Valley Institution for Women have had multiple issues with their Needle Exchange Program. Facts are Facts.”

Tyler McMurray, Local Union Vice President, expresses, “It is quite strange considering pop culture perceptions of Correctional Officers, but we are advocating for Offenders and the Safety and Security of the Institution by asking for an Overdose Prevention Site. As Correctional Officers we do not want Inmates to die from overdoses and we are NOT medical professionals.”

“We want our safety as Officers to be considered, therefore there should not be needles in cells.”

“Our job is dangerous enough. We would rather see more opportunity for treatment as this impacts Public Safety. Everyone wins here.”

“The Inmate receives a safe/clean needle for the drugs he is not supposed have to, he is monitored by a Health Professional who can assist with treatment, and if he does overdose he is given immediate medical attention. Correctional Officers do not have to deal with overdoses and threats to their well being, and the Public benefits from a treated Offender who will return to Society.”

“Yet, this not what the Commissioner and Liberal Government want to do. It makes no sense.”

Brett MacDonald, Local Executive, issues a challenge, “We must make the public, Members of Parliament and decision makers understand that there is a better and safer option available than allowing Inmates to have needles in their cells.”

Rob Essex concludes, “When Offenders see me on television discussing this issue there is an overwhelming majority that approach me and state they do not want needles in their cells either. They feel this will create more pressures and stress on the population and take focus away from rehabilitation.”
One final note, The Government Legislators has still failed in passing the Blood Samples Act which would allow an Officer who has been exposed to a Blood Born Disease to know the Infectious Disease Status of the Offender who created the exposure. Right now, if a Correctional Officer is poked with a needle, he does not have the right to know if the owner of that needle has HIV or Hepatitis C.