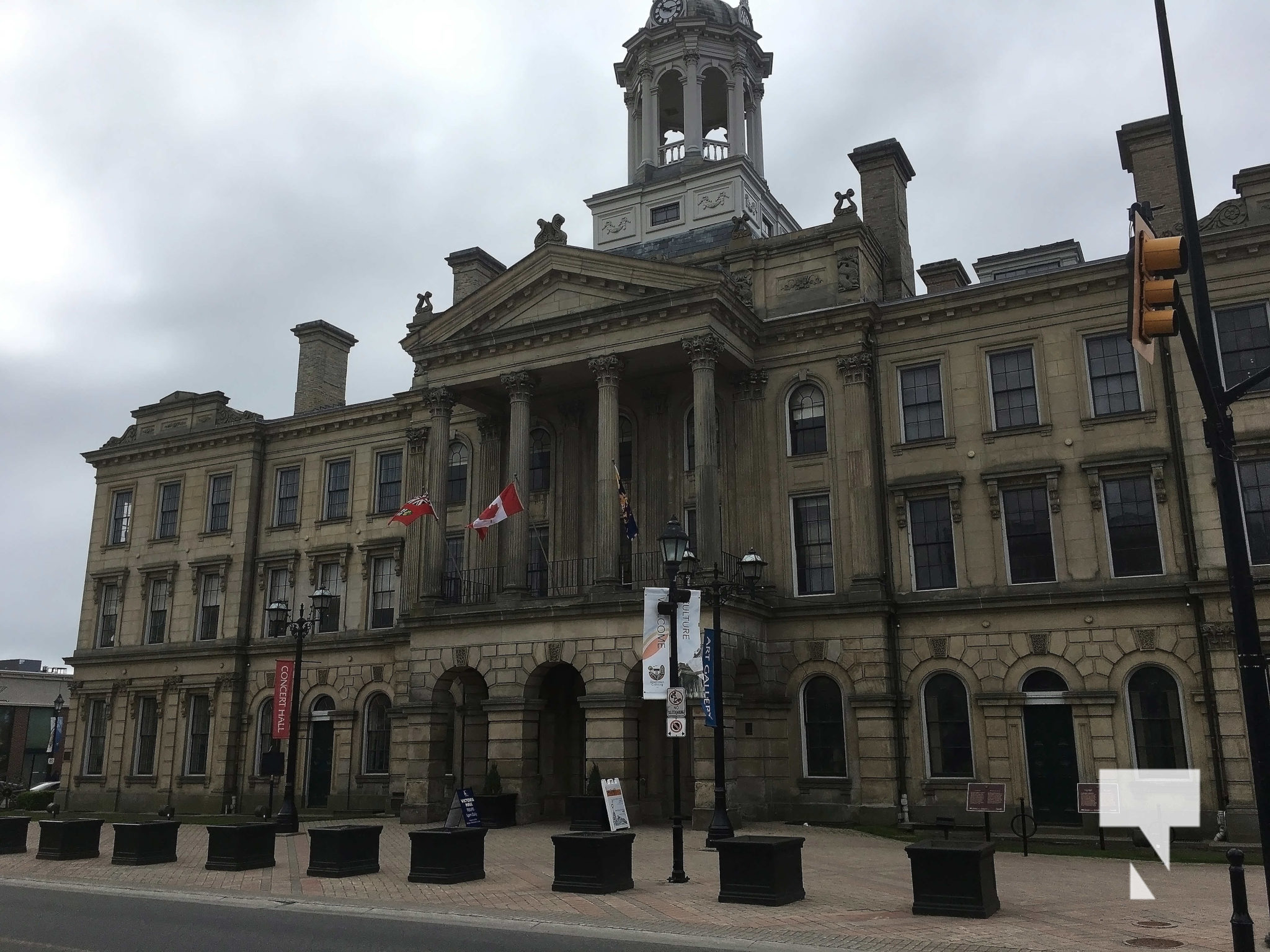 Cecilia Nasmith/Today’s Northumberland
Cobourg council heard a request at Monday’s meeting to absorb Victoria Hall facility costs in order to allow the Victoria Hall Volunteers offer a free special event Sept. 18.
Vice-president Leona Woods submitted a letter making the request regarding rental fees for the Concert Hall, Citizens Forum and Ryerson Guillet Room (as well as security fees) in order that they can offer a free public viewing of John Taylor’s 11-minute film The History of Victoria Hall.
“We consider this to be a public service to the citizens of Cobourg, providing them with information about the historical importance of this building and the role that the people in the town played in the restoration.”
Now a British Columbia resident, Taylor came to Cobourg as director for the Cobourg Art Gallery (now the Art Gallery of Northumberland) when it was located on Chapel Street at the old Cobourg Library. When Victoria Hall was showing its age to the point of having to be closed for public safety, whether it would be restored was very much an open question. Taylor’s eloquent advocacy for the project earned him a place as executive director of the Society for the Preservation of Victoria Hall.
In Ontario for a funeral in April, Taylor made a presentation on his project at the Cobourg Public Library. He said at the time that it was a story worth telling and, since it’s been almost 50 years, it’s now or never.
Having had a modest acting career in BC, he enlisted a number of professional actors for the film. He was able to show a couple of brief clips as a teaser.
“We hope that we will entice people into Victoria Hall who have never been inside the building, and the people who were involved in the restoration of the hall in the 1970s and early 1980s will return to see the film and hear the talk that John Taylor presents,” Woods’s letter said.
Deputy Mayor John Henderson made a motion to refer the request to legislative services for a report.
“Leona has approached me about this particular event, and they feel it will be a very worthwhile venture,” Mayor Gil Brocanier said.
“Because they aren’t charging any admission, they would like to waive those fees. Hopefully it will fit into some exception to our grant policy.”