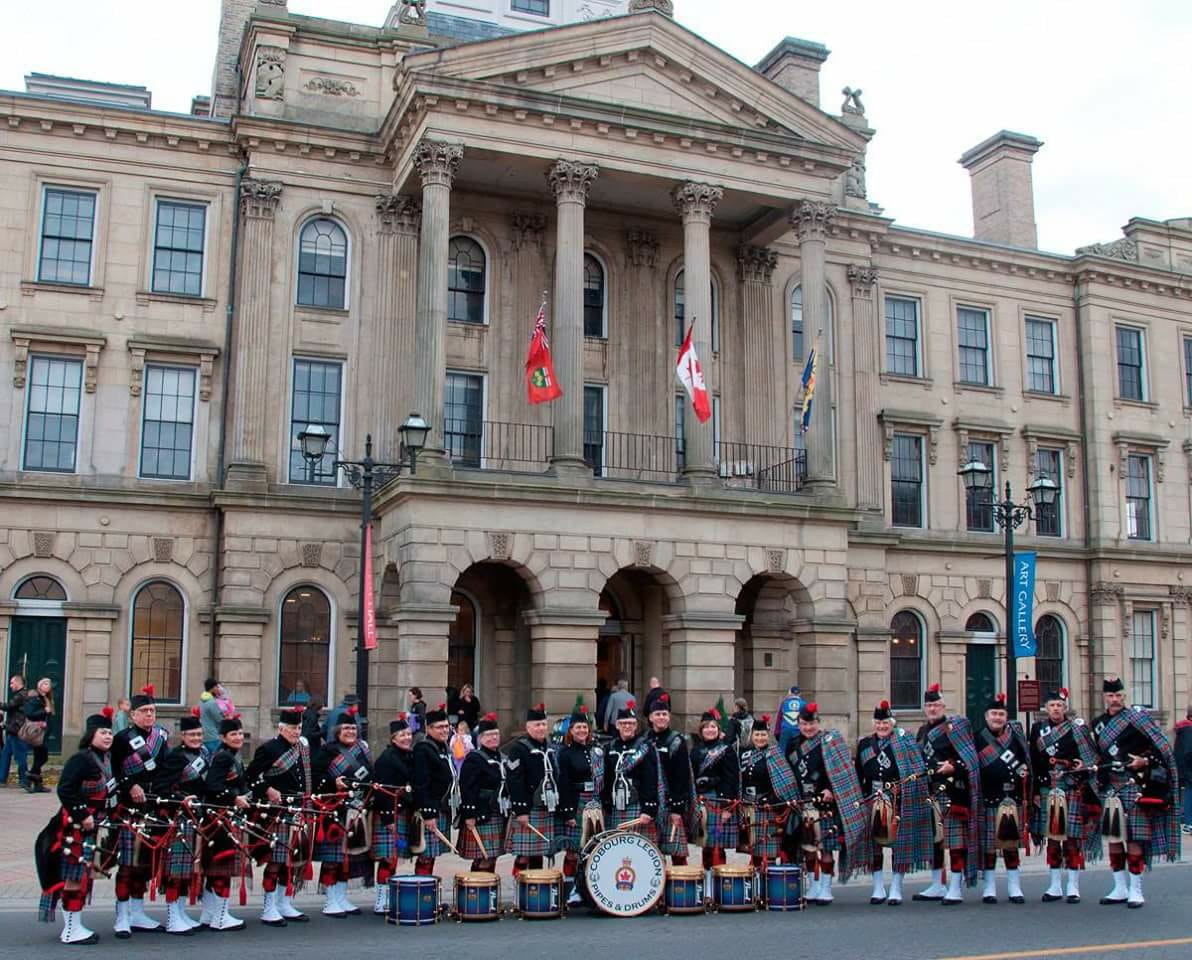 The history of a pipe and drum band associated with Cobourg and area has been long and successful. From a gleam in the eyes of George Lovett, the first Pipe Major, in 1965, through the Pine Ridge Pipe Band, to the long and fruitful funding and venue support by the Cobourg Legion that began in 1968, there has always been a solid community presence and a deep mutual appreciation.

History got even richer on Wednesday, April 25, when the Cobourg Police Services, at their Annual Member Retirement and Service Recognition Night dinner, announced their decision to become a part of that tradition. The Cobourg Legion Pipes and Drums will now also be known, on specific and special occasions, as the Cobourg Police Services Pipes and Drums. Members can belong to one or the other, or both bands as their time permits, but there will now be two distinct pipe bands serving two distinct organizations. As the former, they will continue to wear their popularly recognized Ancient Red Gordon tartan and appear at the many events that the populace know and appreciate. As the latter, the band will be kitted out in the new Cobourg tartan, and play as the pipes and drums of the Cobourg Police Services, both locally and in the wider provincial setting.

Chief Kai Liu has recognized the community role that the band has played for many years, and is most appreciative and supportive of the band’s past, present and future relationship with the Cobourg Legion. With CPS partnership, the band will expand their sphere and join a long list of other community connections that the Cobourg Police Services, under his leadership, has established throughout the community. Each of these collaborative associations is part of programming to enhance positive community awareness, interaction and two-way support between the civilian and police communities.

The Cobourg Police Services Pipes and Drums could not have been more warmly welcomed by the policing community and its partners on Wednesday evening. The members of the band could not be more positive about the prospects for a shared future together.