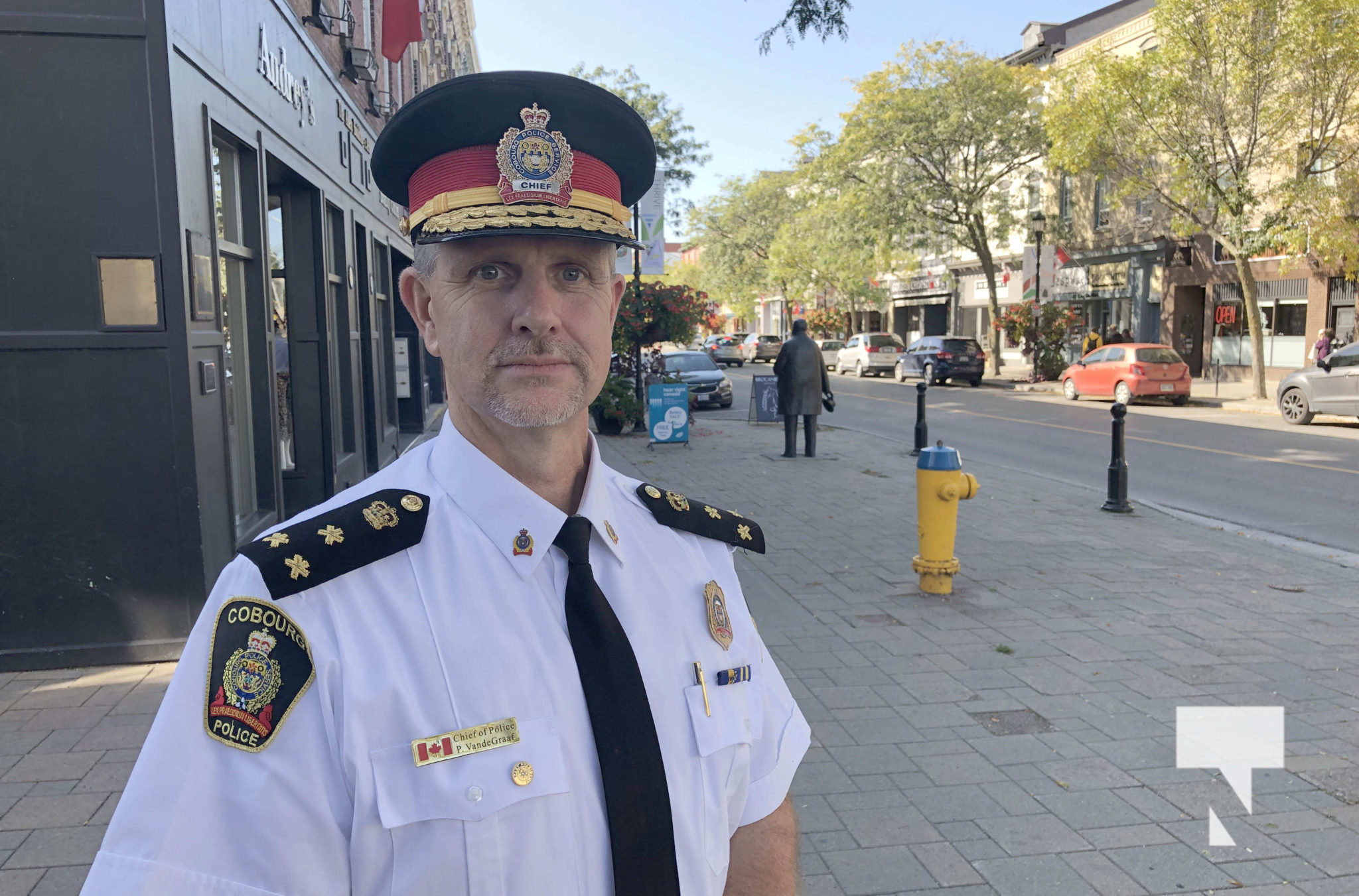 It’s time for the Cobourg Police Services Board to step in and stop the shenanigans.

High hopes of understanding will be shot down in flames this coming Tuesday at the Cobourg Police Services Board meeting on Tuesday, January 17, 2023 at Venture 13 in Cobourg.

Specifically during the Chief’s Update where he states the police service will be continuing its practice of not naming most individuals charged with certain criminal offences.

Although there is a small minority of people who wish this practice continues, this is simply wrong.

On February 14, 2022, CPS made the change only releasing names for more major crimes.

But the report the Chief gives is slanted to the conclusion he wants.

Today’s Northumberland has neither the resources or the time to look into every police services media policy across the province.

But we can state is the City of Kawartha Lakes Police Service which has a population in comparison to Cobourg releases everything that we are aware of in their press releases including the names of people charged with theft and impaired driving.

Even the President of MADD stated to Today’s Northumberland it was wrong not to release the names of people charged with impaired driving.

And the Ontario Provincial Police also release most names of individuals charged with criminal offences unless it would be a domestic incident or something where a victim could be identified.

The OPP are generally the police service CPS calls in when it is a major investigation. So they certainly have the knowledge and experience of determining what should and shouldn’t be released.

Just recently Cobourg Police issued a release stating a person was charged with a number of Highway Traffic Act (HTA) offenses. These aren’t even criminal charges. It’s similar to a speeding ticket. Why waste time and effort even releasing that information. The release, of course, had no name attached. But CPS has rarely ever issued a release on HTA offences.

And yet, Cobourg Police never issued a release where a person was charged with three offences in relation to the strangulation death of a dog. The charges include willfully and without lawful cause kill the dog, did willfully cause unnecessary pain to a dog by strangulation and/or stabbing and being the caretaker of a animal to wit, a dog did willfully neglect to care for such a dog. The suspect had appeared several times for a bail hearing since he was charged – and yet no release – none – zip. It was only through Today’s Northumberland looking into the matter that it was brought to the surface.

The media policy by the CPS even has an area where the public and media can actually appeal a decision made by the service.

This is so blatantly wrong on every level.

The role of the police service is to enforce the law and keep the public safe and informed. Getting into the role of where the media and/or public can actually appeal a decision is ludicrous.

The media aren’t police and the police certainly aren’t media.

You’d be appealing to the individuals who made the decision in the first place. If not them, it would be another officer who could likely feel the pressure of not going against another officer in the service.

Even if we adhere to the way CPS is taking the policy, let’s break that down.

The Chief’s Report said a person was named for an indecent act. But what if they are found not guilty? If a charge is serious enough that the person is held in jail until trial, there is no risk to the community – so why release the name at all?

In the policy it states about the public interest. The public does have a vested interest in this. It’s their community. It’s their right to feel safe in it.

Today’s Northumberland was waiting on this policy to show that the people who weren’t named have somehow rectified their situation for the better. We’ve waited for the statistics to show that since John Doe’s name hasn’t appeared in media releases he has no longer been charged with a crime.

This report is almost a consultant’s report on what conclusion was wanted and how to write it that way.

The Chief’s report states Cobourg is one of the few jurisdictions where this appears to be an issue.

A conclusion we can draw from that is with the loss of media across Canada. Who would write about it and bring attention to it for the public to know if there is no media in the area?

Throughout the last few years, media releases have dwindled down at CPS.

The public used to be informed on a number of other items that are no longer given.

There is a bi-weekly report that Today’s Northumberland worked out with Chief VandeGraaf and we are grateful.

It’s a step in the right direction.

We just aren’t sure why we had to step back in the first place.

Cobourg Police have a “crime map” on their website where people can access information about calls police are responding too. But isn’t this what a media officer does – inform the public?

Although the intentions of the “crime map” were beneficial, somehow we don’t think it’s ever used to it’s potential.

Up until a year or two ago, Cobourg issued released on events in a timely matter.

If there was a break-in, mischief, vehicles entered, it would be out the following day, or in some cases the same day.

Even more minor incidents were released.

Police have always stated the public is their eyes and ears, but if the public finds out two weeks after a crime was committed, how do we help? How do we know that person wearing the orange jacket might have been the person they were looking for that is now long gone.

Anyway you cut it or write it, picking and choosing whose name is or isn’t released isn’t transparency.

Transparency means release every criminal charge. Nothing less is a crime.

Click here for the link to the Cobourg Police Services Board meeting.  The subject of the editorial starts on page 36.