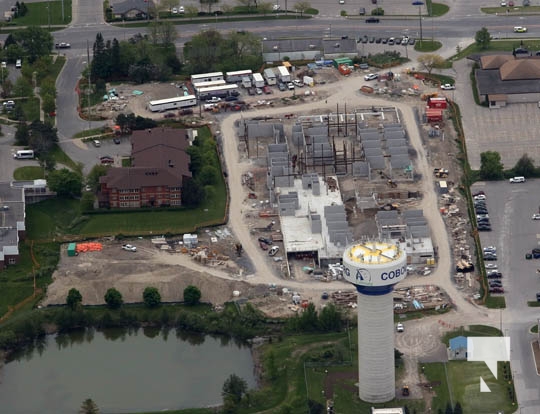 By Cecilia Nasmith/Today’s Northumberland
County councillors and staff are disappointed to get news from the province that the new Golden Plough Lodge-Northumberland Community Archives and Museum rebuild does not qualify for financial supports being made available to new long-term-care builds.

Director of Public Works Denise Marshall pointed out at Monday’s meeting of county council’s Public Works Standing Committee meeting that the construction subsidies announced Nov. 25 are meant to offset inflation and increased interest rates – financial pressures that are affecting the GPL-NCAM project that has been in the works for more than a year.

Projects such as this one typically take several years, Marshall pointed out, during which time they are also subject to inflation and interest-rate changes. This project was begun in 2016, with an architectural firm engaged in 2018 and construction begun more than two years ago.

A staff report from Marshall and Director of Finance Glenn Dees noted that original plans had anticipated utilization of debt amounting to $92,706,927.

“As a result of project cost escalations, if the shortfall in financing is sourced from debt, it will increase to $102,945,918 or approximately $10.2M more than originally anticipated,” it said.

The current agreement with the Ministry of Long-Term Care calls for the county to receive, over 25 years as of project completion, a daily per-diem per-bed rate that totals $1.3-million annually or $33.7-million over 25 years. Under the new policy, the ministry is adding a top-up per diem with an additional $35 per bed. Had the GPL-NCAM project with its 180 beds not been excluded, this would have meant an additional $2.3-million annually or $57.5-million over 25 years.

“This would improve the circumstances of our project. But we were quickly told by our ministry contact we were not eligible.

“We were very disappointed the province would take this approach. We think it is very inequitable. We have made it clear through conversations with our MPP over all the pressures we are facing. We think it is entirely appropriate to advocate for a more equitable funding approach.”

Adding insult to injury, Moore said, the ministry recently approached them with a revised agreement subsequent to the announcement. It turned out to be a request to agree retroactively to the original terms. Coming during the Christmas season, Moore considered it “a slap in the face.”

Marshall called on the committee to recommend that county council advocate for the project’s inclusion in these new supports with a letter to Minister of Long-Term Care Paul Calandra making these arguments and calling for these supports to be extended to projects currently in the construction stage.

The committee will recommend to county council that this be considered at their regular Jan. 25 meeting.