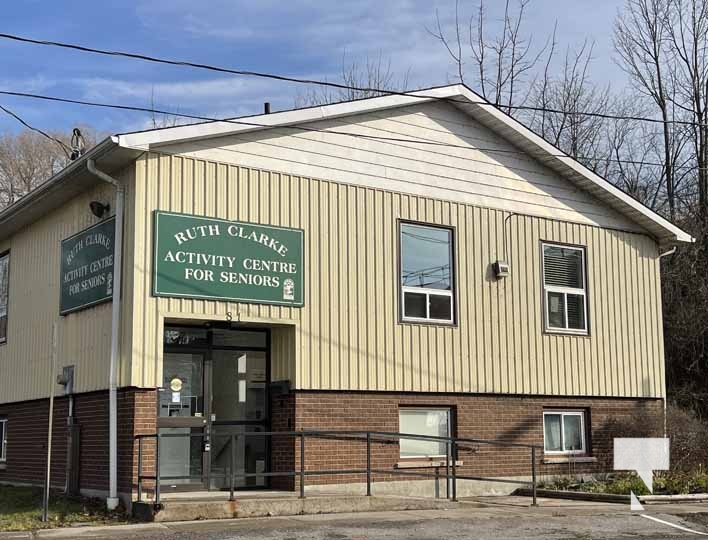 Editorial – There seems to be somewhat of a “secret society to help the homeless” in the area.

On Tuesday, November 29, 2022 a call was put out for people to join a Zoom link about a warming centre at the Ruth Clarke Centre in Port Hope that looks like will be up and running in the next few days.

The “secret society” seems to be for a certain group of people.

Disagree with them – you’re out.

Let’s go over what has happened during the last two weeks – very briefly.

But let’s do it in a way where no one feels offended.

First during a snow storm in Cobourg, people were allowed to shelter in the bus terminal.

Volunteers got together and worked two hour shifts in the bus terminal to make it a success. The community kicked in food and supplies. It was a great initiative.

It started on Saturday, but on Monday, they were asked politely to leave the bus terminal by Cobourg’s finest.

Then a day or two later, those same volunteers once again stepped up to the plate again and opened up a warming room at St. Andrew’s Church.

But on the first or second night when a police officer arrived – the officer was also asked very politely to leave.

Which brings us to tonight.

For the brief time Today’s Northumberland was on the Zoom call that started at 8 p.m., people including the Port Hope Mayor said they spread the word as far and wide as the could to get a response from people who were interested in becoming volunteers. The mayor said she sent the invite to all of council.

In the message put out on social media by Reverend Kevin Moore of the Port Hope United Church, it specifically states, “so if you are interested in volunteering,” to join the Zoom meeting.

Moore went on to say, “Please join us if you are interested in volunteering, and/or want to know more.”

Missy McLean was one of the organizers stated the meeting was going to be recorded.

Thereby we can conclude again, it was a public meeting.

But, unfortunately it came to be, it wasn’t so much a open, public meeting. It was a meeting of the “secret society to help the homeless.”

Today’s Northumberland has stated numerous times the work these volunteers have done in the last two weeks has been nothing short of amazing.

The time they’ve given for overnight shifts in Cobourg, both at the bus terminal and St. Andrew’s Church has made a difference of warmth and comfort to those on the street.

Then volunteers have to deal with a day’s work or get the kids ready for school while you’ve had little to no sleep, again says more about the person and how much they care about their community.

In a Today’s Northumberland editorial that was written a few days ago we tried to break down what went right and what we thought went wrong.

How we believe the County could and should have done more to help those individuals over the weekend of the snow storm.

We also asked Northumberland County for the breakdown of expenses for the warming room at St. Peter’s Church. There were numerous bits of information that were in the editorial.

The editorial also stated how we didn’t agree with the police officer not being allowed in, or in another way, asked to leave. But either way, it was done with the utmost politeness.

That comment brought a flurry a lot of comments on both sides.  But whether you agree or disagree with something shouldn’t make you an outcast.

Which brings us to the point.

It’s called the “secret society to help the homeless” because if you disagree with something, anything that’s said, you’re out!

One of the people on the Zoom call was Port Hope Mayor Olena Hankivsky.

The Ruth Clarke Centre is a publicly owned building operated by the Municipality of Port Hope.

Just prior to the meeting starting, Today’s Northumberland was asked what the purpose of us following the meeting was.

Our audio wasn’t working, but Hankivsky phoned and we relayed that because it’s been promoted as a public meeting, we wanted to join.

It wasn’t hard to tell Hankivsky wasn’t keen on Today’s Northumberland being apart of the meeting stating she would be glad to speak after the meeting.

Whether there was 2, 200, 2,000 or 20,000 people on the Zoom meeting it sets the wrong tone for what it is meant to be. An educational and informational public meeting.

So, we’ll see what happens with the meeting and what the mayor may or may not say.

But when organizations and municipal partners start to dictate who is and isn’t allowed in a public meeting, it’s a very slippery slope.

Today’s Northumberland will always maintain as much as we try to be perfect, we have and will fail. So we reached out to Rev. Neil Ellis through e-mail and text asking for clarification as to what was inaccurate.

We are still waiting for a response.

They are also looking for volunteers to fill a two-hour shift only. These shifts will happen throughout the day, and will be on a callout basis, so a master list of available volunteers will be created.

Rev. Moorse said they will need to have at least one volunteer to have up-to-date First Aid certification. All of this is on an emergency basis. They need volunteers to help us fill a gap in the immediate term. Longer term plans are being worked on.

We are holding a Zoom call this evening from 8 – 10 pm, to offer training. It will also be a good opportunity to hear more information and to ask questions.