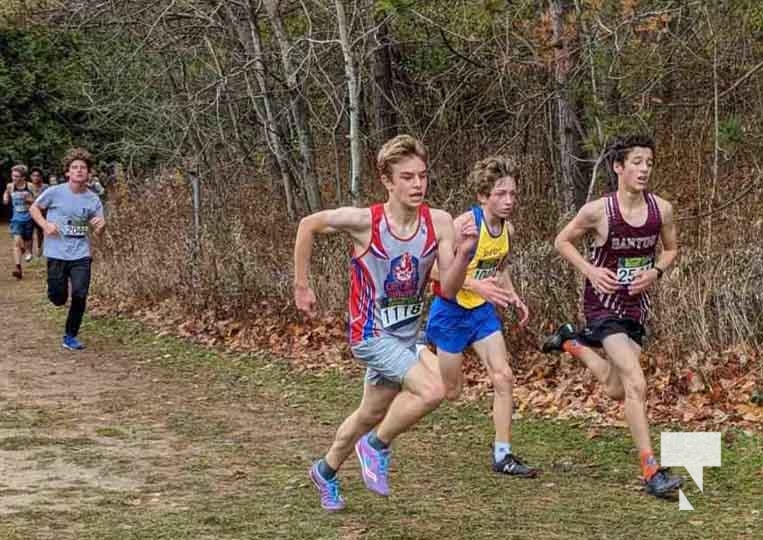 While cross-country is a team sport, some runners also qualified for the provincial championship meet as individuals.

Collingwood CI was the top team with 177 points (low score of top four finishers on the team) and the winner of the race was Birchmount Park’s Eleanor Voykin in 14:54.

Tyler Calvert-Challice, from Cobourg’s St. Mary, placed 35th in 15:22 as an individual.

Brockville’s Thousand Islands Secondary School is the novice boys champion with 198 points. The race was won by Napanee District’s Jack Gregory in 13:58.

Immaculata won the team title in the junior boys 5km race with 228 and the race was won by Glebe Collegiate’s Saul Taler in 16:03.

TCS captured the bronze medal in the 6km senior boys race with 269 points, following the division champion London Central which had 205 and Neil McNeil with 266. The race was won by London Central’s Ian McAllister in 19:08.