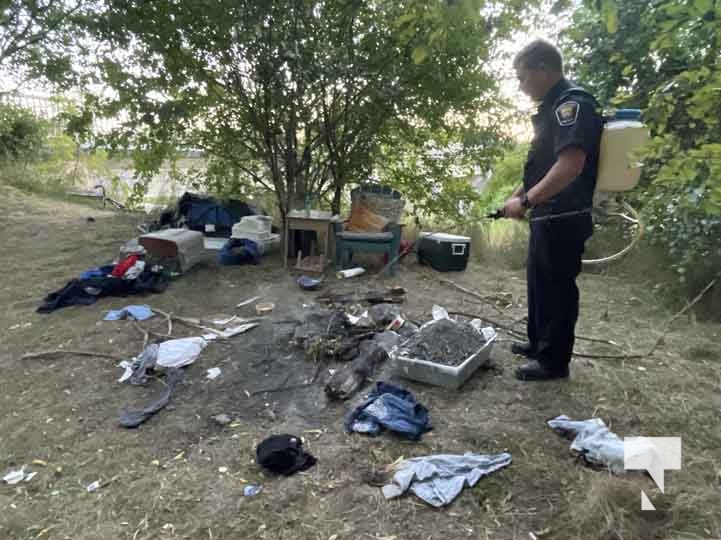 By Cecilia Nasmith/Today’s Northumberland
As Cobourg council monitors the homelessness issue locally with regular reports, members heard at this week’s committee-of-the-whole meeting that these numbers seem to be increasing near CP and CN tracks and on private properties.

“We are working with them on what their options, opportunities and responsibilities are,” Chief Administrative Officer Tracey Vaughan said.

“We are seeing fires, presumably for warmth and cooking, becoming a little bit more prevalent. We expect to see that increase, unfortunately, and that does raise safety concerns.”

Giving statistics for the month of September, Vaughan said there had been 12 complaints for service requests. That brings to 41 the year-to-date numbers – given, she noted, that the term year-to-date means since April 2022, when they began compiling these statistics.

There were two notices to vacate or trespasses in September, 12 year-to-date.

There were two instances requiring the removal of belongings into storage in September, eight year-to-date.

There were no provincial offences notices issued by police, two year-to-date.

Councillor Nicole Beatty asked if Vaughan had any definite information from Northumberland County on when warming rooms or other shelter arrangements might be available. Though nothing definite has been conveyed yet, Vaughan said, “they are aware of our concerns.”