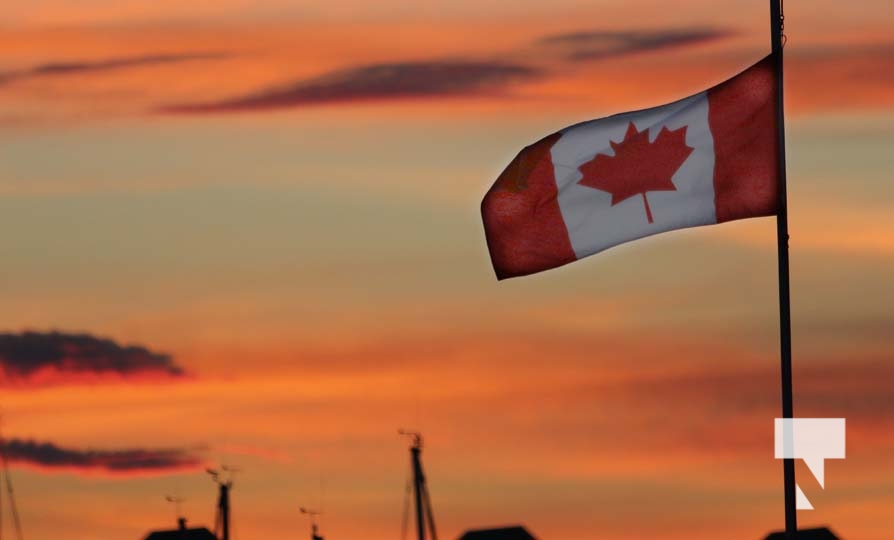 By Cecilia Nasmith/Today’s Northumberland
Cobourg council has approved the first flag-raising policy for the Town of Cobourg.

At this week’s committee-of-the-whole meeting, Municipal Clerk Brent Larmer pointed out that such a policy did not previously exist, though they do have a brief half-staffing policy.

The community flagpole at the northeast corner of Victoria Hall is the designated flag-raising location, where flags can be flow for up to one week (or as otherwise approved), and flag raisings and proclamations can be occasioned by any of a long list of good reasons – supporting public-awareness campaigns and honouring special days important to the residents of Cobourg, for example.

The policy included a list of reasons for which a flag raising is not approved, such as political parties, business or commercial enterprises and “matters which are untruthful.”

The policy provides for flags to be flown on the community flagpole for Pride Month (June 1), National Indigenous Peoples day (June 21) and National Day for Truth and Reconciliation (Sept. 30).

An appendix to the policy contains further details, such as half-staffing criteria, possible flying of certain flags to honour visits by dignitaries and acknowledgements of significant awards or recognition of the municipality that include a flag.

Councillor Adam Bureau was pleased to see a policy set out, as he has heard questions asked recently on the passing of Queen Elizabeth.

Councillor Emily Chorley praised the inclusion of such Indigenous dignitaries as current and former Assembly of First Nations national chiefs, Ontario regional chiefs and local band chiefs among those whose passing might be honoured with the flag at half-staff.