Editorial – Favourite Part Of Holiday Weekend Came As A Surprise 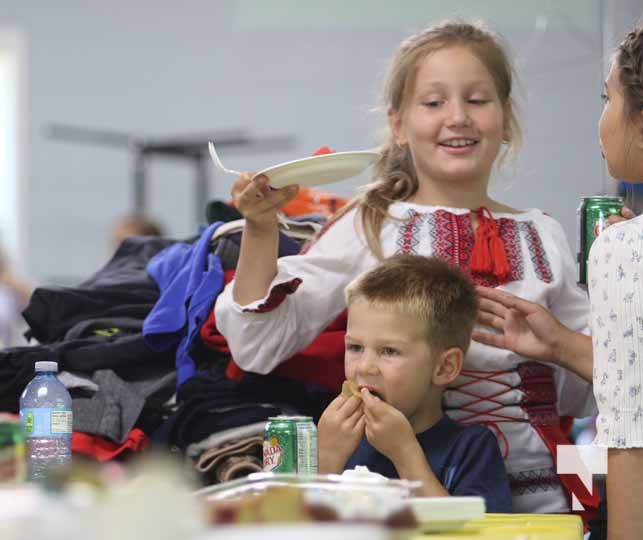 Editorial – My favourite part of the weekend came by surprise on Sunday, July 3, 2022.
Let me first say, Canada Day celebrations in Cobourg were amazing.
It was a breath of fresh air seeing all the smiles on people as they enjoyed the Canada Day parade making its way downtown to Victoria Park on Friday, July 1, 2022.
To see masses of people walking to the park after the parade to enjoy Canada Day celebrations and the festivities.
The amazing work by everyone involved. Rotarians, Lions Club who do so much for this community along with, St John Ambulance, and every branch of emergency services.
But beyond that, the parks department and every department in the Town who played a role making the weekend such a success.
Fireworks were as always, spectacular.
Saturday and Sunday were beautiful days. The sun, the music, the rides, the beach.
Speaking of the rides. For the few complainers, yes there were fewer rides that previous years, but there weren’t any disappointed faces coming off the rides. And people who put the event on did the best they could. Let’s look past the minor glitches.
It was a glorious weekend.
It was Saturday afternoon that I received a message that Ukrainians would be getting together in Port Hope on Sunday.  A “celebration” marking a milestone of three months since the first families arrived.
Today’s Northumberland has covered numerous families who have made it safely to Northumberland County from Ukraine. We’ve also covered people from the area who have gone to fight the Russians. And one that’s still there fighting – James Challice.
So with the event of Sunday. It was an honour to be asked.
But I really didn’t grasp how important it would be.
Arriving just after 2 p.m., people were already lined up on the bridge for a drone photo. There was over 100 Ukrainians. Some having Canadian colours on and some wearing Ukraine colours.
But they all had a common bond. They made it to Canada safely. Canada welcomed them with open arms. They had a different kind of smile.
That smile of being grateful to be alive. Grateful to be in a safe country. Canada – Canadians gave that to them.
Northumberland County gave that to them – volunteers who wanted to help.
Families opening up their homes to strangers.
After the photo, it was over to the Ruth Clarke Centre as they had a get together with a pot luck lunch. It was all things Ukraine.
And the smiles were there as well.
Taking photos is when it hit me – and the tears started.
Innocent families. Children barely old enough to speak have seen images of war that few Canadians ever will. And yet they smile. They are happy. But it’s not a stretch to say if it wasn’t for Northumberland for Ukraine that wouldn’t be the case.
Some of the people in the very room would likely have died from a war they never wanted. Never asked for.
Canada is helping, but I firmly believe we could do more. But that’s for another day.
This day was seeing parents holding their children and laughing. This day was about seeing children who didn’t know each other, play together and have fun.
We as Canadians take that for granted.
We shouldn’t.
We live in the best Country in the world. But it’s not the name “Canada” that makes it great.
It’s the people who open their doors, their homes and help others they never knew – but have become life long friends.
Thank you!

https://www.youtube.com/watch?v=1IMu2zKZLdg David Piccini, MPP for Northumberland—Peterborough South, was joined by officials at Campbellford Memorial Hospital (CMH) to announce more than