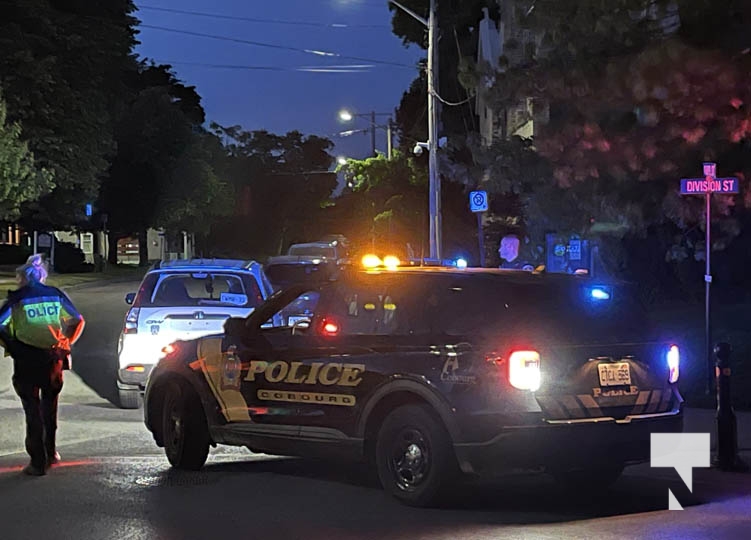 But while out for a evening stroll on Father’s Day, my father and yours truly couldn’t help but hear the echoing sounds of a upset person while we were walking up Division Street.

While my father and I were ending our casual stroll through the town we grew up in, we couldn’t help but hear the echoing sound of a woman yelling near the intersection of Chapel and Division Streets around 9:30 p.m. One police cruiser was on scene and another had just arrived.

As we approached on the opposite side of the street, a woman was shouting expletives at police after being pulled over.

Police remained calm throughout the interaction that went on for approximately 20-minutes or more.

As my phone battery was nearly dead, there was only a small sample of the verbal outrage captured.

Nearly every sentence had an expletive in it.

Honestly, who would be happy with a ticket. No one jumps for joy at being pulled over. But, if there is a offence that warrants a ticket, how can a person blame the officer?

In this case, four Highway Traffic Act (HTA) tickets were given to the driver.

HTA is not a criminal offence. So guilty or innocent, it likely involves either demerit points and/or a fine of some sort.

Again, in no way would anyone be happy with receiving one, or four.

But to yell at police loud enough that people were coming out of their homes was to much.

Police only say there is enough evidence to charge. They certainly aren’t saying you’re guilty.

Leave it up to the courts to fight it out.

Having a temper tantrum on a Sunday night with the sound of your voice echoing through the streets isn’t the place.

And frankly, the cops don’t deserve it.

If there was a complaint how you were treated, lodge it.

“It was disheartening in a way to see the manner in which our officers were treated,” VandeGraaf told Today’s Northumberland on Tuesday afternoon.

“I’m really proud of the officers of our team. They really performed exceptionally well under difficult circumstances to be treated that way by a member of our community.”

Not every driver is perfect and neither is every cop, but there is no way officers in any deserved the treatment they received on Father’s Day.

We can only hope the rest of their shift went smoother.