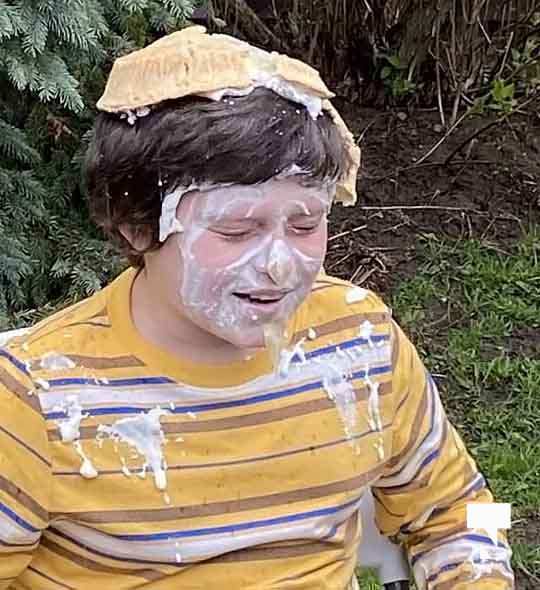 There are some people who just want to help make things better for others.

Chace Xavier is one of those people and, for a young man who hasn’t quite hit his 12th birthday, he’s doing a great job with his latest project of raising money for Ed’s House.

This is the kind of thing he’s always done, his mother Nicole said this week. When the family lived in Clarington, Chace was a regular participant in Cops For Cancer through his school. They moved to Cobourg in 2019 and Chace found this wasn’t something Burnham Public School did – and then COVID hit.

“For the last year, he has been trying to figure out something he wanted do,” Nicole said.

“He’s such a kind and loving soul, he decided he wanted to do something for somebody local.

“We came across Ed’s House. I explained palliative care to him, and he said, ‘That’s it.’”

His first idea was to gather things to donate like blankets or coffee and tea – but that’s not the kind of thing you can do just now. So Chace decided on fundraising.

Chace decided every $500 donated deserved to be earned with a special challenge, so the month of May means a different challenge every Sunday.

Chace’s 17-year-old sister Dakota is delighted with the one for May 2 – she gets to throw a pie in his face.

On Mother’s Day, he will run into Lake Ontario.

“Somebody said they would donate an extra $100 if I went with him, so we’re going to Cobourg beach,” Nicole said – “happy Mother’s Day to me, right?”

May 16 will find Chace putting on a one-man fashion show on Burwash Street, complete with dragging their stereo outdoors for musical accompaniment.

A mud bath is scheduled for May 23.

Then, on his birthday, he shaves his head.

And still the fundraising goes on. And the challenges, Nicole added, because some of the donors are starting to suggest ideas of their own.

She is also hoping to arrange some kind of fundraiser with Rhoda’s Kitchen, who she believes just may make the best shortbread cookies in the world – the same people who just helped Habitat For Humanity Northumberland with a Mother’s Day fundraiser.

“We are working with Ed’s House – we touch base every day,” she said.

“We will take donations until May 27 and then, after he gets his head shaved, we will plan something about presenting the cheque.”

“I can’t wait – it will be awesome,” Chace declared.

If you would like to donate, you can visit the Nicole Xavier Facebook page, e-mail her at nicoles2009@gmail.com or visit the Ed’s House site at https://www.northumberlandhospice.ca/ (please write Chace’s name in the comment section of the donation, she asked, so they can keep track of Chace’s total).