Northumberland-Peterborough South MP Has Little Good to Say About Budget 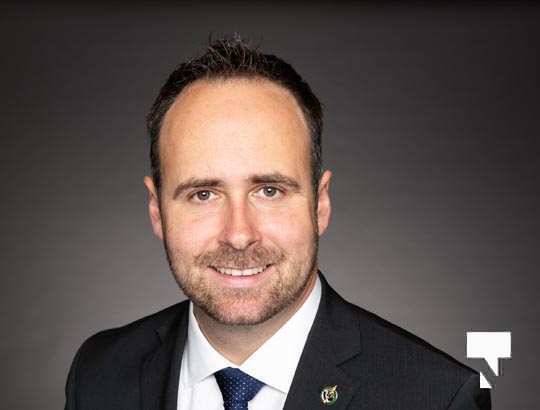 The first budget in two years from the Liberal government has been denounced as “essentially an election platform for the Liberal party” by Northumberland-Peterborough South MP Philip Lawrence.

“A lot of money going here, there and everywhere,” the MP said in an interview Tuesday.

“What is not in the budget for our riding is a responsible plan back for economic recovery,” Lawrence insisted.

“It’s a real challenge from my perspective is that there’s not an economic recovery plan that will recover the type of jobs we need. Even before, we were one of the lower-performing economies.

“We need an economic recovery plan that will encourage growth, encourage employment, which will reinvigourate our economy. Unfortunately, that’s not there.

“The government continues to spend at a record rate,” he added, expressing concern for the $1.4-trillion debt.

“Something at that level becomes unsustainable, especially if there is an increase in interest rates. We are at historical lows for literally 1,000 years – I don’t know if interest rates have ever been this low. Because they can only go one way – up – even two or three per cent, there will be significant impact on the Federal government, the provincial government and also on individual citizens.

“We were encouraged by the supports in place for small business. We were also encouraged by the extension of the wage subsidy and CERB. But what the economy really needs is a shot in the arm, and that will only come with the vaccines.”

The delay in vaccine procurement has resulted in a third wave, “which is putting our economy and also, most importantly, the health of Canadians at peril,” Lawrence stated.

An effective response to this challenge is the key to healthy citizens getting back to work. He insists the flawed initial collaboration with China that blew apart left the country in a difficult situation.

“At this point, I would encourage the Minister of Health, the Minister of Procurement and the Prime Minister, quite frankly, to call every day around the clock to procure more vaccine for Canada. That’s really the only way out of this,” he urged.

“This disruption is not helping Ontario. It’s so difficult for our health units and our provincial government when there are continual disruption in supply lines. Moderna, Pfizer, AstraZeneca all have been interrupted at different times, and it’s really difficult to get the vaccine out the door when you can’t get a steady stream.

“This is the best place in the world, Northumberland-Peterborough South, and I know our health authorities and MPP David Piccini are working really hard to make sure we all get our jabs in the arm.”

Though he now tops the age-40 threshold, Lawrence has been too busy in Ottawa for a vaccination. But his wife does have her first shot, and he will get his when he returns to the riding.

And he was delighted to see the photo circulating on social media of UK Prime Minister Boris Johnson – having received his AstraZeneca vaccination – enjoying a pint in a pub.

“That’s encouraging, and hopefully we will not be too far behind the UK and once again regain our freedoms.”

Lawrence was glad to see some relief ahead for farmers in terms of the carbon tax – though the private members’ bill he will be discussing at the Agriculture Committee does the same thing in what he considers a better way.

“My legislative proposal is superior because mine offers an exemption, meaning farmers get to keep money as opposed to what appears to be a credit – the money goes to Ottawa and the sticky fingers of some government politicians, and then back to the farmer,” he explained.

Lawrence declined to discuss the child-care proposal because he finds it very unclear.

“From my understanding, there was a offer to send taxpayers’ money to the provinces to perhaps promote child care, but it’s very unclear how it will work, particularly in a rural setting such as this riding – it’s difficult to understand,” he said.

“I want to acknowledge some women have been disproportionately impacted by the pandemic and mothers have the disproportionate responsibility for child care. We need to make make sure women who want to return to the workforce have the opportunity to do so.

“What I would like is flexibility and choice, so women can choose the child care they want for their children, not necessarily a government child-care centre.”

Lawrence closed the interview with a salute to the residents of his riding who have done their best over this past pandemic year.

“We are in a difficult spot in the third wave, but I know the people of Northumberland-Peterborough South will continue to do the right thing,” he said.

“I will be here working 24/7 to do everything I can to get vaccine into our country, and I know David will be doing everything he can to get it into the arms of our residents to get our economy back growing and keep our country healthy.”