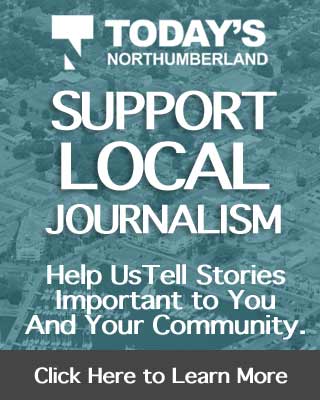 Seven vehicles have been impounded by one OPP Highway Safety Division officer during his last two shifts along Highway 401 in Northumberland County.

All the offences took place on Highway 401 in the eastbound lanes by the Wesleyville overpass in the Municipality of Port Hope on Friday, July 3 and Saturday, July 4, 2020.

Four of the drivers were charged on Saturday morning all between 8 a.m. and 10:30 a.m.

Two (BMW and Mercedes SUV) of the vehicles had diplomatic plates on them and were clocked at 158 kph.

One of the drivers found out even pleading with the officer to not take the vehicle didn’t work as shortly after the driver exited the vehicle and it was placed on a flatbed tow truck.

Diplomatic plates or not, OPP Constable Chad Laperle said, “they are expected to conduct themselves as regular citizens of Ontario. All the laws still apply to them. They are not exempt.”

“Traffic flow is different now. It’s not like it was when COVID started. I’m not seeing as high of speeds for the stunt drivers, but the flow of drivers is still quite quick.”

When the two SUV’s were pulled over, other drivers along the highway that were passing honked their horns and giving thumbs up, which Laperle says traditionally means the drivers were driving aggressively.

Laperle who also gave out other speeding tickets, seat belt infractions and other Highway Traffic Act offences said if people need to take the time it needs to get to their destination.
“People get all bent out of shape that their vehicles will be impounded if they are travelling over 50 kph above the posted speed limit. It’s been the law since 2008, it’s posted on the highway. It’s that the people don’t want to take ownership for their actions.”

“If you don’t want your vehicle taken, drive in accordance with the laws.”