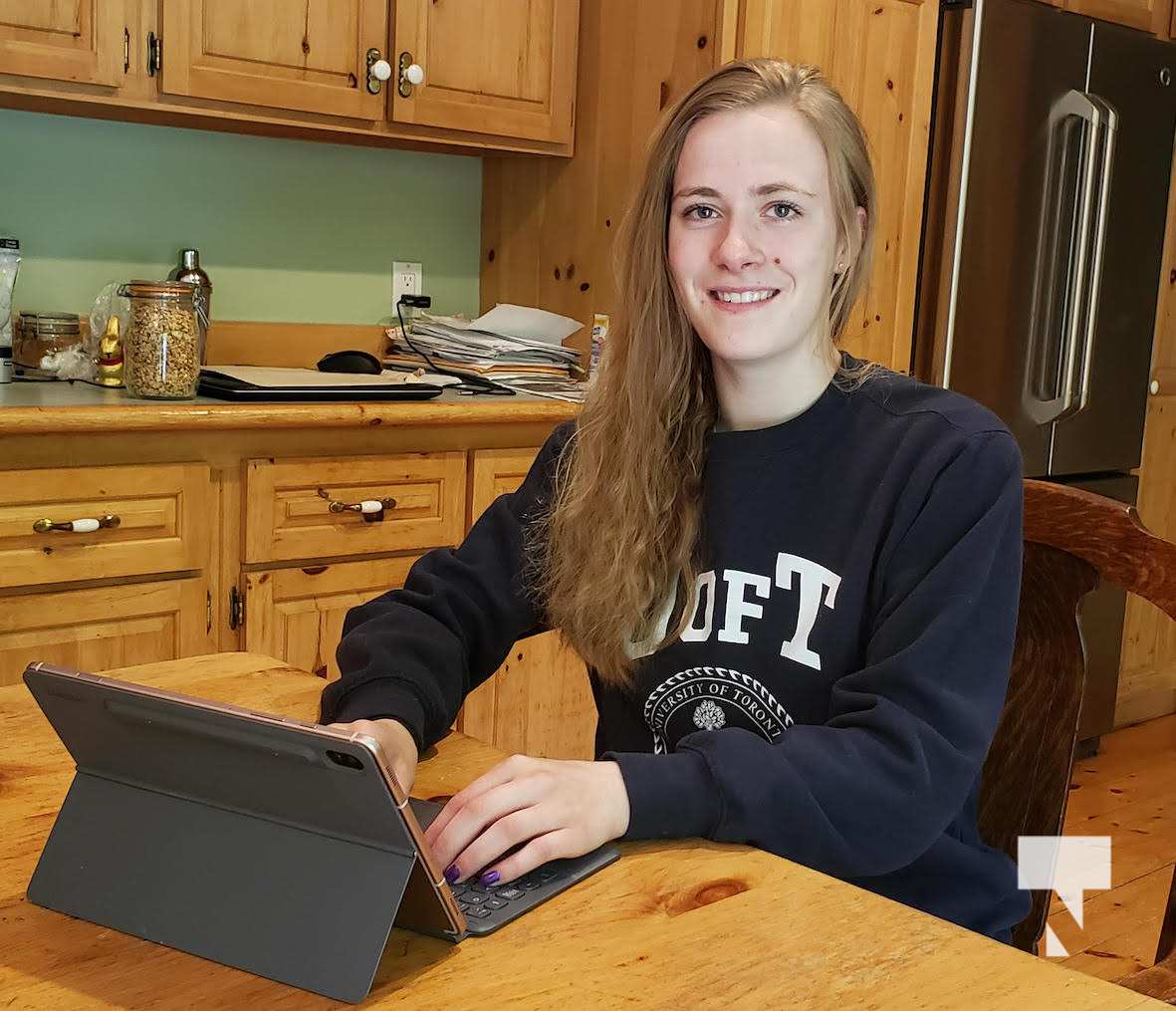 Story by Jeff Gard
A local University of Toronto student is involved in a research project that studies how children reason about the social and moral world.

Morgan Garland, a 2018 graduate of Cobourg Collegiate Institute, is studying health and disease as well as psychology at U of T.

As part of her undergraduate degree for the latter, Garland began research at StarLab for Mind and Development.

“I started that last summer for course credit and then moved on to volunteering throughout the year to finish up the project that I was working on,” Garland said during an interview. “The lab kind of looks at how kids reason about the social and moral world, so how they make decisions about what’s good and what’s bad and right and wrong and how those views kind of change as kids age.”

Families, if interested, can get involved. Normally participants would attend in-person sessions in Toronto, but due to the current circumstances with COVID-19, that’s not possible at this time.

“We’ve had to move our studies all online and so we’re looking for participants between the ages of 3 and 11 to participate in our study,” Garland said. “We’ve been doing them over Zoom call and they’re basically just set up like fun stories and then we ask them questions about what they think throughout. We’re just looking for any families that might be interested in participating in that.”

During the games and stories, children are shown scenarios involving characters and asked what they think about the actions of the characters.

Children were asked which character they thought was acted better in that scenario.

“Adults tend to say that the character who struggled was morally better than the one didn’t as they tend to value effort,” Garland said. “I can’t say too much about the results for the children right now as we haven’t published yet.”

Garland did describe part of a study that has been published before delved into how children think about two types of moral actions.

“There are things that you have to do, like telling the truth or not stealing, and things that you don’t have to do, like giving to charity,” she said. “If I say I didn’t steal today, adults wouldn’t think that was really moral or good because it’s expected that you won’t steal, but if I said I walked past a charity and donated $500 today, I would get praise from an adult because I didn’t have to do that. I chose to.

“So we wanted to see if children thought the same way and it turns out that they don’t,” Garland added. “They tend to think that it’s better that I didn’t steal today than that I gave money to charity. That’s pretty interesting because it’s completely different from how adults think. We think it might just be the way that kids categorize their actions and maybe in that time of their life it’s a bigger deal to them to follow the rules than to do something nice because they choose to. A lot of our studies find that children think quite differently from adults.”

Participants for the current study are still welcome. Children receive a certificate of participation and families are entered into a draw to win an Amazon gift card.

“We use the research mainly for publication in scientific journals,” Garland said. “Child development research in social psych can be used for things like guiding education and parenting. We really just want to get the information we learn out there and show people the new things we learned about how kids think about the social world.”

Meanwhile, Garland’s involvement in sports growing played a role in helping her find her path to university.

“I’ve always been interested in the way that the body works and kind of how that functions. I think a big part of that came from athletics and doing sports as a kid,” she remarked. “I was always kind of interested in physiology and how the body moves. So that’s the health and disease portion of my studies which is a lot about how the body functions, how the immune system works and how our physiology kind of puts us together correctly.”

Psychology was also something that piqued her interest as a younger student and something she can also attribute to her sports background.

“I came across it in high school and really found the way that the brain works was interesting and of course there are so many mental factors in athletics and managing nerves for competitions and just having some mental fortitude to keep running or keep going throughout your sports,” she said.

Garland, now 20, has spent much of her life as a competitive figure skater. It’s certainly a sport she would recommend to any parents looking for something new to sign their children up for.
“It’s so much fun to just get to be out on the ice and play around with a little bit of artistic movements, but also the athleticism that comes with figuring out how to jump and spin and balance…it really is a lot of dance on ice and I think a lot of people would really enjoy it if they got into it a little bit more,” she said. “There’s a lot of local CanSkate programs at Port Hope, the Jack Burger Sports Complex. There’s the Port Hope Figure Skating Club and then there’s one in Colborne and one in Baltimore and they’re all really great clubs that really encourage kids to have fun and learn a new sport and make some friends.”

Garland also competed in cross-country running and track and field at CCI and has been an equestrian athlete as well. To listen to the full in-depth audio interview about her experiences and accomplishments, visit www.jgsportsmedia.com.