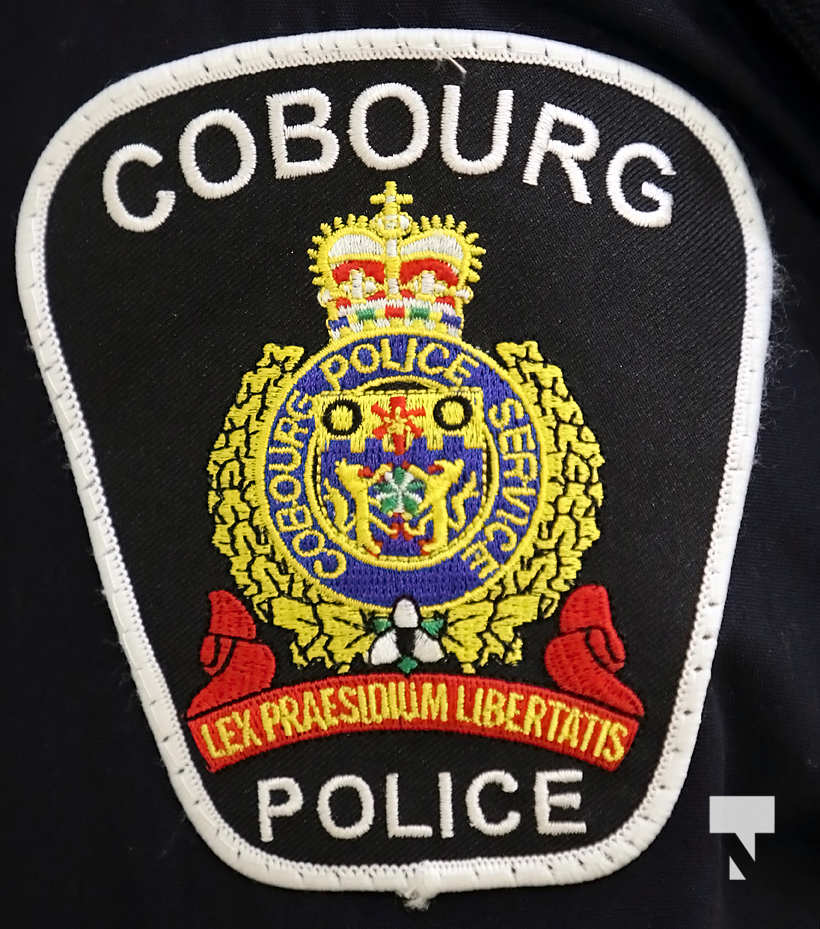 The President of the Police Association of Ontario said Cobourg should be “very concerned” when auxiliary members of the Cobourg Police Service are doing the work of police.
On November 10, and 11, members of Northumberland OPP, Port Hope Police and Cobourg Police were conducting a joint R.I.D.E. (Reduce Impaired Driving Everywhere) in various locations throughout Cobourg, Port Hope and Hamilton Township.
Along with officers, a number of Special Constables and Auxiliary members joined them from the Cobourg Police Service.
The Cobourg Police Service has 19 active sworn officers, 19 Special Constables and 10 Auxiliary.
During different periods of the R.I.D.E., auxiliary members were taking the lead role stopping vehicles and asking questions to the motorists to determine if they had been drinking.
President of Police Association of Ontario Bruce Chapman who represents 18,000 police officers from across Ontario said he has a high respect for auxiliary members, but they should never take the place of a sworn officer.
Chapman said auxiliary members are essentially used as a support for front line officers.
“A community such as Cobourg, the Chief, town council should all be very concerned about the ramifications of using Special Constables and Auxiliaries to do the job of a sworn police officer.” “They are not trained, they don’t have the education to do the job as a sworn officer.”
With a number of police officers off for various reasons, if police are using auxiliary to supplement officers who are off, Chapman says it could backfire.
“If this is an attempt to try and save money, at the end it’s going to cost that town a lot more money if there are mistakes made by a member, either auxiliary or special constable,” said Chapman.
“And again with the greatest respect to what they do and the time they volunteer.”
Most auxiliary members who volunteer are doing it for the betterment of the community and also may see it as a way to gain experience if they are seeking full-time employment with a police service.
“They should never be the lead, they should never be in charge of a spot check or RIDE.”
Chapman explains auxiliaries don’t have the training or experience to detect not only alcohol, but also someone who could be impaired by drugs.
“We all know as of October 17 that cannabis became legal and the statistics that came out of the United States and even survey’s in Canada with CAA say that people who drive impaired by drugs believing that they are better drivers.”
They (auxiliary) don’t have the experience or the expertise to do an effective job and the community should be very concerned about that.”
Chapman said if something was to happen, there could even be liability issues concerning the use of auxiliary members.
“They should be concerned if something happens to them with the lack of experience or lack of training.
But there are many ways auxiliary officers can assist police during a R.I.D.E.
“Citizens should be concerned who the lead is, and who has the training and who is keeping the streets safe and that our sworn police officers and are civilians who are hired by the police service.”
“That is their career, that is their job. They are not auxiliaries, they are not volunteers.”
For a member of the general public, they may find it hard to tell the difference between sworn officers including regular members of the police service, special constables and auxiliary members.
“That’s been the problem,” said Chapman.
Under the new proposed Police Services Act that is slowly winding its way through the legislative process, “Special Constables will no longer be able to have the “police” insignia on their uniform. So that they are clearly not identified as police in any of their clothing.”
Auxiliary members have even less training.
“Government recognized it, the police have recognized it, that they are not the same.”
“Everything from training to educational component, to mandatory re-qualifications every year from first aid to use of force options to de-escalation options and everything in between.”
Chapman said as President of the Police Association of Ontario, this is the first he’s heard of auxiliary members being used as the lead for a R.I.D.E. program.
“It hasn’t been brought to my attention other than the area of Cobourg and that’s concerning.”
“I represent officers from Thunder Bay to Windsor to Ottawa and it’s not the same problem throughout this province.”
“A town that is using them to by pass a sworn police officer is looking for trouble.”
Currently there are 10 sworn officers (out of 19) off due to sickness on short or long term for a variety of reasons including PTSD at the Cobourg Police Service which works out to 53%.
“The police association has been such a strong advocate for the mental health of our officers and our push for presumptive legislation for PTSD,” said Chapman.
“The sooner we can get the help for those officers who are suffering, the sooner we can get them back on the job.”
Chapman said, “it’s a poor excuse” if Special Constable’s or auxiliary members are being used because of the shortage of sworn officers.
“Let’s look after those officers who are off on short and long term and let’s get them the help they need. Invest a dollar today to save 10 dollars in the future and get them back and keep Cobourg and the rest of the Province safe.”
The Police Association of Ontario is so concerned about the higher number of officers off that a Zone Director will be reaching out to the Cobourg Police Association Executive to assist them in anyway possible.
When asked about the number of officers who are off, Cobourg Police Chief Kai Liu stated in an e-mail, “as a general practice to protect the privacy of our members I will not publicly comment on my officers who are off for a variety of medical reasons. The Human Right Code of ontario dictates how the employer is to accommodate an injured employee.”