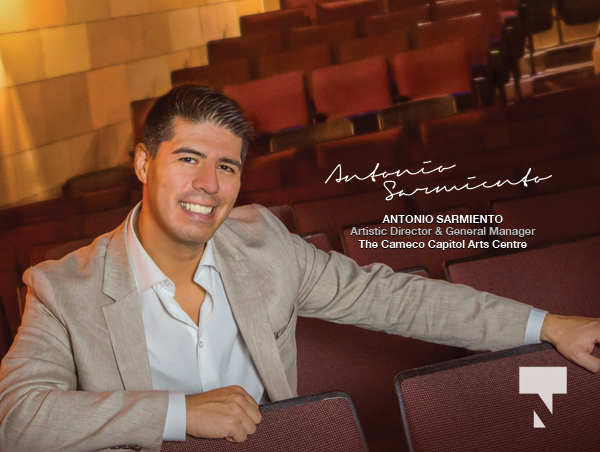 An era, Capitol President says, of “Transformative Creative Leadership and Achievement for which we thank Antonio and wish him well”

PORT HOPE, ONTARIO, October 22nd — Antonio Sarmiento will resign as Artistic Director and General Manager effective December 31st, 2018 “Concluding five years of transformative creative leadership that doubled the theatre’s annual income and expanded its market base from Toronto to Ottawa,” Capitol President and Board Chair Olga Cwiek announced today.
“This is a bitter-sweet development for the Theatre, the community, our board, our patrons and our volunteers,” Ms. Cwiek said, “Bitter in losing the source of such success and sweet in knowing that Antonio’s new journey will mean new success for him and his family.”
“In the half decade of his remarkable leadership and innovation, the Capitol Theatre has emerged as a grand source of entertainment – full house after full house – for the local community, Northumberland County and broader region. We could not have asked for more.”
Ms. Cwiek added: “The curtain has now come down on a very special era – the Antonio Sarmiento era – in the long history of this historic venue, an era of achievement and progress and for that, we thank Antonio and wish him well.” Mr. Sarmiento said “Leaving the Capitol after five successful years was a big decision for me. I am excited to expand my artistic vision and look forward to the exciting opportunities ahead. I wish the Capitol much success in its new artistic vision.”
He expressed his gratitude to Olga Cwiek, the Capitol Board, staff, volunteers and most of all, “The heartfelt support of all the Capitol Theatre patrons who made my work possible and so gratifying.”
Refer: Olga Cwiek, President and Board Chair

Ontario is now providing coverage for Trikafta, the latest and most effective treatment option for cystic fibrosis to become