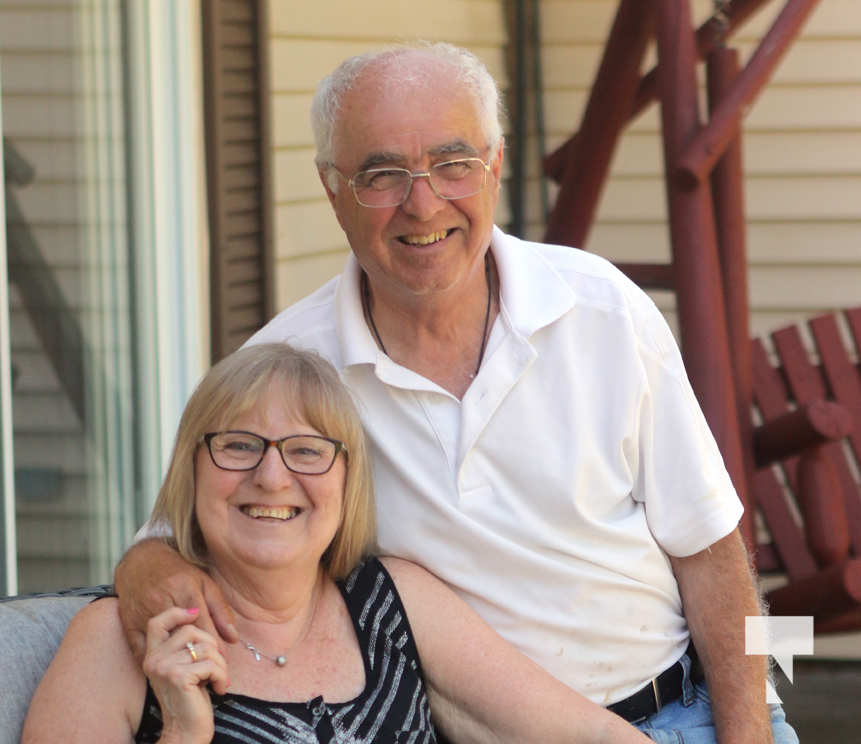 One day after losing to Progressive Conservative David Piccini, former Liberal MPP Lou Rinalid spoke in-depth about the election, and what the future holds for the long time politician.
Today’s Northumberland spoke with Rinaldi at his Brighton home after a long battle.

TN – It’s the day after, how are you?
Rinadi – I’m great. When you get into this game, you know when the day comes, it comes. And you have to prepare to accept it. Obviously I expected different results, but people spoke, people wanted change and people got change. I’m so grateful that we live in a country where democracy is alive and well.

TN – Looking back could you see any indication of what was to happen?
Rinaldi – We knew we were in a tough circumstance. We knew that from the get go. I was having a hard time understanding the reception that we got. We were feeling cautiously optimistic knowing there was some challenges, but people came out loud and clear pretty well across the province.

TN – Surprised at the results province wide?
Rinaldi – I am surprised. Although the polls were indicating those kind of results. I just couldn’t see it. Some of my colleagues at Queen’s Park, they were established members for a long time. I just didn’t think the polls were right. That was my gut feeling. But it happened and I wish all the newly elected MPP’s of all strips all the best wishes. I phoned David last night to express my best wishes. If I reflect back to 2003 when I first got elected, the reversal happened. We formed government back then. About 72 members, a substantial majority out of a house with 103 members. People sometimes just want change for the sake of change.

TN – Was it a surprise that Wynne came out and said she wasn’t going to be Premier after the election?
Rinaldi – It was mixed feelings when I heard it, I was shocked. But I also have to be a realist that when I went knocking on doors, especially on the old part of the riding, not the new part because people didn’t know me there, but people said we really like you we like what you’ve done but we don’t like your leader.
I would say 30% to 40% that’s the message I got. Some I could persuade I hope, some I couldn’t budge on. She made the decision herself to try and salvage some of us. But one of the realities is, in politics, your own merits are only good for 15% to 25%, the rest comes from the brand.
I’ve said this publicly, I think the Premier got a bad rap. As I went door to door, some people tell me they liked me, but not the Premier and I would say “tell me what it is you don’t like about the Premier?” And I would say 95% of the answers were “uhhh, umm, well that’s what I heard.”
How did it get this way? That’s the million dollar question. I spent eight years with Dalton and I have a lot of respect for the man, I got elected the same time as Kathleen Wynne and worked on a lot of committees with her before she became Premier. She has a real social conscience. Her agenda to us was chalk full. Very policy oriented. And I’m not sure that along with the work that we’ve that we brought the public along with us. We just went and did it. Right up to the writ was dropped we were passing legislation like crazy. Which is all good stuff. But I’m not sure we did a good job communicating the benefits of the legislation. And when you have an opposition party for 15 years they become very good at being the opposition.

NT – Do you think it was to much to fast?
Rinaldi – I think we were doing to much and we left the people behind. Not behind in the sense that they were losing anything, it’s just they didn’t understand what we were doing. That’s my interpretation and I could be way, way wrong.

NT – Like members of the public said they didn’t know why they were opposed to Wynne, it was hard to find a concrete plan for what Doug Ford was promoting. There was no substance?
Rinaldi – I knew things weren’t well. But I was surprised at the results. Because I can tell you,
unequivocalaby when Doug Ford became their leader the “hate Wynne” welcome when I knocked on the door was replaced in large part by “anybody but Doug.”
Most of the bleeding, from us, in my case, went to the NDP. They finished second. The NDP was never a player in this riding. So when you do the math, if the NDP was where they normally are, I would have probably won the election. That’s speculating. But in order to stop Doug Ford some Liberals felt more comfortable (with NDP).

TN – Regrets?
Rinldi – None what so ever. We had the most volunteers ever in the campaign. We raised more than enough money to run the campaign. If we were to do it again, which I’m not, we wouldn’t do anything different. With my campaign team we chatted a bit after the results so what button could we have pushed? There were no buttons we could have pushed. I have no regrets with the help of a lot of other people. I said to the team, “together I can drive down roads and streets I had the privilege to represent and I can see a lot of our fingerprints.”
Together with Cobourg we got the Cobourg Community Centre, together with Cobourg we got an outdoor ice rink, together with Port Hope we got a new bridge, a new water treatment facility, when we saved the Trenton Memorial Hospital, the Campbellford Memorial Hospital, I mean those are moments I will never forget. And I didn’t do it on my own. We had a lot of community support and it was a matter of bringing those people together.

TN – At 70-years-old you’re not going to try again?
Rinaldi – I have nine grandkids (and four children) and one of my grandkids was just home from university. She plays hockey for the University of Virginia, third year university and she started crying when the results came in, and I said, “grandma and grandpa will be able to come to Virginia to watch more hockey games.”
I talked to my son in Windsor who I see two or three times a year and I said, “be ready, we’re coming. We want to see the grandkids more often. Same with my son in Muskoka.
I had a phenomenal 12-year run in provincial plus 12/13 years municipally. I have absolutely no regrets.

TN – You mentioned about a week ago that someone hoped you would lose so you could go back into municipal politics – anything with that?
Rinaldi – No. That came up quite often. My answer is very simple. That box in my bucket list has been checked off. And I’m not starting a new box. I’m not going to go away. I’ve already had a couple of suggestions of things I should do. I had a call from someone in the private sector. For awhile I’m going to catch up around the house. I can’t even walk into my garage, my wife has a list, it’s summertime so we’re just going to enjoy life a bit with family.
Sometimes things happen for the best. It’s time to take a breath.