The Forgotten Hero Of The Wellington Street Apartment Fire 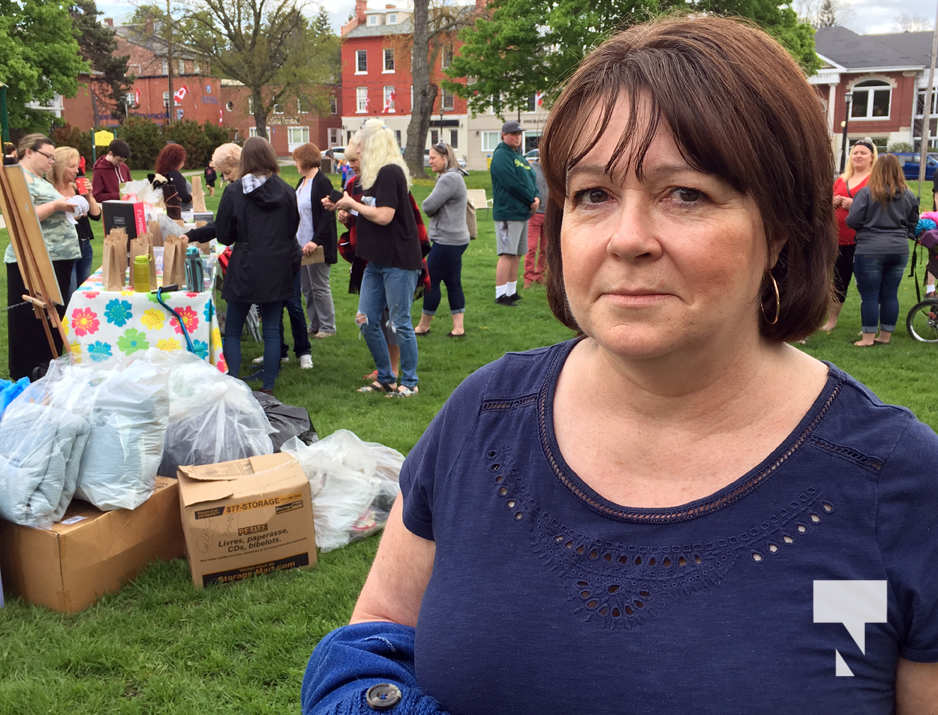 Call her the forgotten hero of the Wellington Street fire.
Most people don’t know the name Marilyn Lupiccini, but without her quick actions, some people may not have been alerted in time to save themselves from a major fire at the Wellington Street apartments.
Officials have said the fire started in a third floor apartment on Thursday afternoon. Quickly the entire roof was engulfed in flames.
Everyone of the occupants made it out safely, but tragically some pets died. People escaped with very few personal items and only the clothes on their backs.
They haven’t been able to enter the building since the fire and the future of the building is unknown.
One resident called Lupiccini’s actions heroic.
Lupiccini said she was out for her daily walk over her lunch break when she was alerted to the fire.
“I was going by this building and the lady in the other building said to me “fire” and I said where?”
“I looked and it was absolutely fully engulfed.” Luppiccini could hear the alarms, but no one was coming out of the building.
Numerous people have stated to Today’s Northumberland, the fire alarm regularly goes off, so they didn’t take it seriously when they heard it on Thursday.
While the other woman called 9-1-1 Lupiccini knew she had to do something.
“Initially my first reaction was to go in and bang on all the doors in the lower apartments to get them out.”
Because it was a secure building, Lupiccini couldn’t get in the building and only made it to the foyer..
“I stood and looked around and there was all the buzzers. I pressed them three times and every time someone answered. I was just yelling, “get out, it’s a real fire.”
Lupiccini said even though the fire department quickly responded the fire spread so fast that had the people not escaped when they did, it may have ended tragically.
“The first time I buzzed there was three people that answered, I waited a bit because people started slowly coming out, I buzzed them all again and two more people answered, I waited and then I buzzed them all again and got out.”
After she exited the building, she guided the residents to the other side of the street away from the building.
Unfortunately, Lupiccini has had two past experiences with fire.
When she was just a child, her brother saved her from the families house fire.
“He saved me and I had to save them.”
“No one was coming out, because apparently the fire alarms go off all the time in that building. They were just ignoring it.” Among the residents alerted by Lupiccini was Dawn Dowle who was sleeping as she was working the night shift.
“Alarms were going off, but I was sleeping. The only reason I even knew there was a fire was a lovely lady started laying on all the buzzers.”
“That alerted my dog who then started to wake me up which brought me to the front door to see what was going on.”
“As I was coming around off my ground floor apartment I could hear her yelling, “there’s a fire” and still laying on the buzzers.”
“She was yelling at the top of her lungs to try and alert everybody.”
“I think she’s a hero. I probably would have been in there a lot longer had I not been woken up by the buzzers.”
Dowle said the alarms go off “quit frequently,” but “this just seemed to go on a lot longer.”
“So when I went to the front door and there was a lady screaming there was a fire, it got real.”