Ontario Investing in Local Projects and Creating Opportunity in Alnwick/Haldimand 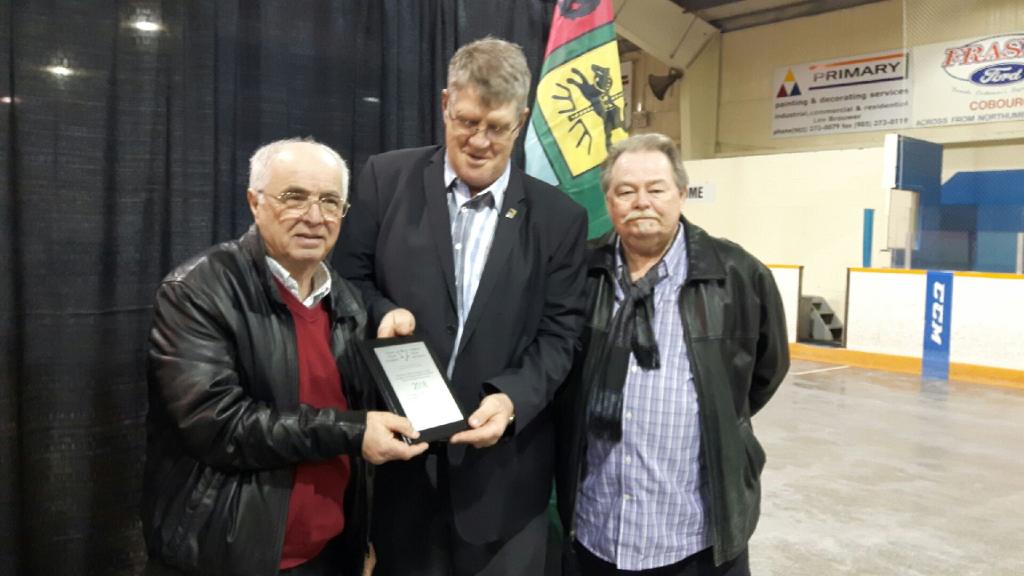 By Cecilia Nasmith
Northumberland-Quinte West MPP Lou Rinaldi has announced a $75,000 grant to upgrade playground facilities on the grounds of the Haldimand Memorial Arena and Park in Grafton.
The Township of Alnwick-Haldimand will receive the money over 12 months to provide infrastructure for structured and unstructured physical activities. The result will be more attractive playground for the community to enjoy and (as Rinaldi declared) a good use of the Trillium Foundation money that comes from the Ontario Ministry of Tourism, Culture and Sport.
The press release issued in conjunction with the announcement said that the foundation’s latest round of grants will support 225 organizations across the province in initiatives that will make a difference in the lives of 545,00 citizens.

Foundation volunteer Jamie Simmons, who is retiring after more than eight years reviewing grants, added some details.
“On each round of applications, we will get $5- to $7-million worth of requests, and $1.4- to $1.8-million to give away,” he said.
“We certainly know our grants are making a difference in helping to create an even healthier and more vibrant community.”
As for the playground, Simmons said, it will be something of a great leveller.

“These playgrounds are available to everybody, free to the community and a great resource. We are pleased to give $75,000 to help with hiring a contractor and buying equipment.”
Mayor John Logel introduced arena manager Chris Curwin. As it was his first Trillium application, the mayor said, Curwin is one-for-one.
“Words can’t really express how excited and thankful I am that the township has been granted this funding,” Curwin said.

It’s a very busy park, he added. Not only will it see plenty of young visitors on the many weekends throughout the summer when the ball diamonds are booked for one event or another, but it is also known to many families who travel along the Highway 401 corridor and take the chance for a Grafton stop to let their kids enjoy a play break.
The event took place on the former ice surface of the Haldimand Memorial Arena, and Rinaldi said they would be remiss not to give some thought to the Humboldt Broncos and the accident that happened a week previous.

As father to three hockey-playing sons, Rinaldi had ridden his fair share of team buses since – in a rural community – any time you get beyond the first round of playoffs, there’s a bus trip somewhere.
A ceremony had taken place in Queen’s Park that week, he said. And the many shows of respect and honour across Canada have brought the nation closer together.