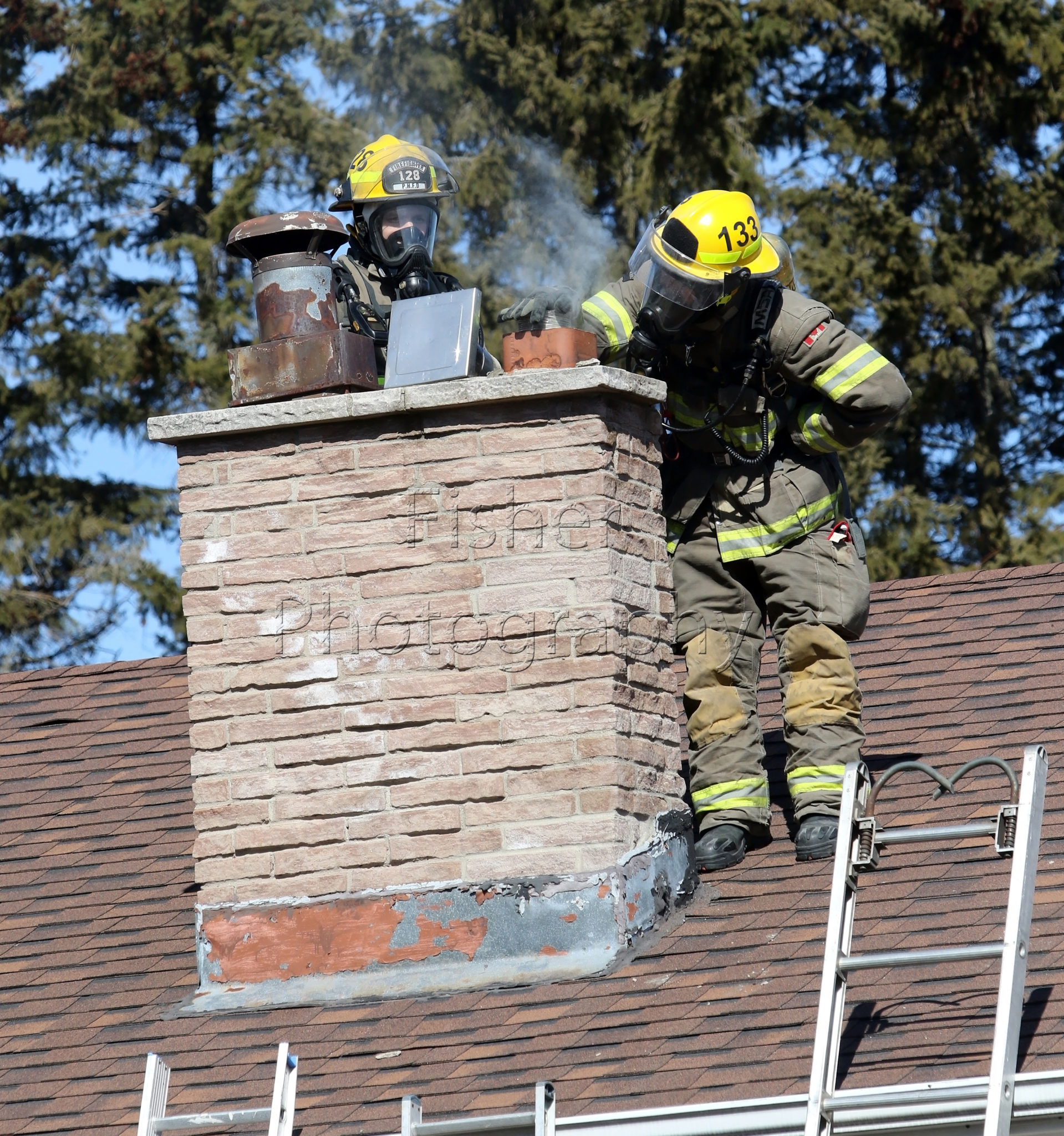 Port Hope Fire Department say regular maintenance of chimneys is a must for the safety of everyone.
Fire crews were called to a Lakeshore Road home at approximately 10:30 a.m. on Friday, March 23, 2018 for reports of a chimney fire.
Fire Chief C. Ryan Edgar said when crews arrived on scene the occupants were out of the residence.
“As a result of our investigation we’ve determined that due to a lack of preventative maintenance on the chimney flue itself, there was a blockage in the chimney that caused the fire to get trapped.”
“As a reminder, all chimney’s should be inspected on an annual basis to ensure that they have the preventative maintenance they require.”
In this case, it was a furnace and not a wood stove, and the blockage was apparently a squirrel’s nest.
“Without doing regular maintenance on the chimney’s, most certainly a blockage in a chimney would ensure the byproducts that are coming through a chimney aren’t going to exit the house safely.”
“When you’re using any fuel appliance, whether it be propane, gas or natural wood burning product, a blockage will give off carbon monoxide. And without making sure it’s properly maintained you will have a build up in the residence.”
Firefighters were on scene for approximately one hour clearing the chimney.