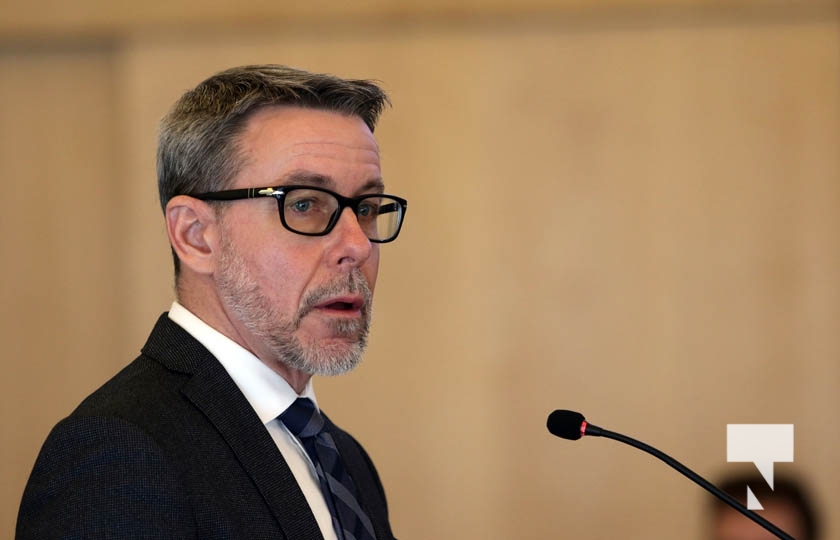 By Cecilia Nasmith/Today’s Northumberland
Northumberland County’s hope for consistent modest increases in the tax levy to suffice is being challenged by the economic realities of current times.

At the inaugural meeting of its new council, Director of Finance Glenn Dees offered an overview of the 2023 budget as it currently stands. Each year’s budget is a nine-month process, from council approval of target levy increases in May (it was a 5% target levy this year) through approval of the final version in January. At this point, budget documents are being posted on the website for public review.

Dees told council there is a strong stakeholder component to the process, with a survey in May garnering 144 responses (up from 77 in 2021).

Other input to the process comes from strategic master plans (including their Asset Management Plan), economic indices, changes in provincial legislation and funding models, and service levels contemplated.

Those economic indices include a Consumer Price Index from September indicating a 12-month rise of 6.9% and a Non-Residential Building Construction Index (measuring changes in construction materials and labour) rising 15.6% year-over-year as of the third quarter of 2022. Then there’s the fact that the Bank of Canada began 2022 with an overnight interest rate of 0.25% that has since risen to. 4.25%.

Levy increases are not keeping pace with inflation, Dees stated – in fact, there has been a dramatic shortfall in the last two years.

“There really is a need to gain ground over and above just trying to keep pace with inflation,” he said, adding that failure to do so threatens levels of service.

Risking short-term unrealistically low target levies does no one any favours, he insisted. It depletes reserves, leaves less flexibility in case of unplanned events and increases debt.

“And that doesn’t even take into account changes in provincial funding or Bill 23,” he added, referring to the province’s new More Homes Built Faster Act that paves the way for developers to get their projects completed quicker by imposing restrictions and time lines on municipal planning departments (and, in some cases, curtails fees that may be charged).

Council had a debate over the bill later in the meeting and received for information correspondence from 13 municipalities objecting to the bill, from the Township of Alnwick-Haldimand to the City of Toronto.

The new legislation removes the ability of municipalities to levy development charges on housing services, which means that the services required by new homes that would have been covered by the development charges (sidewalks, for example, and extensions of water and sewer lines) will now have to be paid by taxpayers. His estimate is an increase of about $360 to the average home in Northumberland.

Turning to reserves, Dees noted that they had been drawn on only once for the purposes of rate stabilization, in 2021, and there is the possibility of doing so again if circumstances warrant. Given the new debt that will be made necessary by such projects as the Elgin Park redevelopment (an affordable housing project for 40 families) and the Golden Plough Lodge/Northumberland County Museum and Archives redevelopment, such a move may become necessary again – though he stressed that this can only be done in extraordinary circumstances. In 2021, for example, the waste-collection contract was having a significant impact.

“The reserves became the logical opportunity to smooth it out over a two-year period,” he said, adding that the GLC/NCAM project might prove to be another example of extraordinary circumstances.

For now, Dees said, the proposed levy increase after growth is 5.9%. This works out to a base levy increase of 4.8% and a Dedicated Infrastructure Investment of 1.1%. This will bring in $68-million, but it doesn’t fully recover the erosion of recent inflationary impacts.

Dees displayed a chart showing that the money brought in by the tax levy only accounts for 45% of the county’s budget. Grants and subsidies account for 40%, and 5% comes from bag tags, tipping fees and recycling (the remainder comes in smaller proportions from things like Golden Plough Lodge residents, development charges, rent paid by social-housing residents and provincial offences court revenues.

The term “average home” refers to the typical home in Northumberland valued at $260,000. If that seems a little strange, Dees explained that this is a typical home value based on 2016 MPAC evaluations.

The Municipal Property Assessment Corporation was set up in the 1990s to provide periodic evaluations to ensure taxes stayed up to date. The last MPAC evaluation was 2016, and the one due in 2021 was deferred by the provincial government – Dees expects it will take place in 2024.

“When that assessment does happen and the value of your home goes from $260,000 to $800,000, it doesn’t mean your tax bill will go up correspondingly based on assessment,” he said.

“If you are a home owner and your property value went up the same as everybody else’s, you should stay whole.”