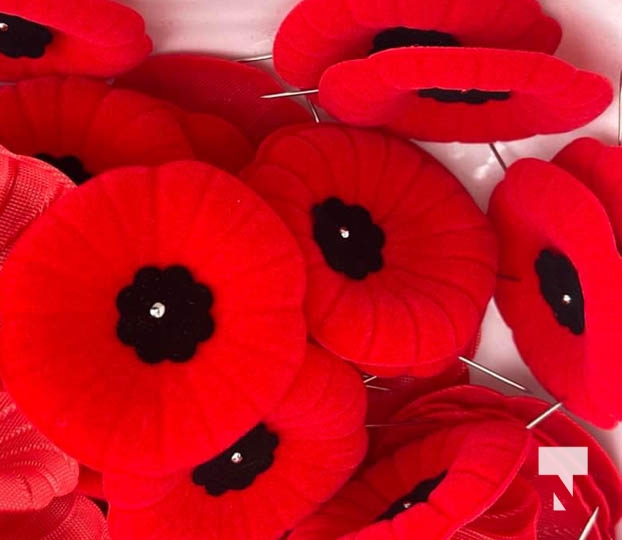 The President of Cobourg Legion Branch 133 said one of their poppy volunteers was confronted by a man who said there was a target on the man’s head for wearing a poppy last week.

Last Thursday, Today’s Northumberland was notified of an incident that took place at the LCBO on Elgin Street in Cobourg between 5 p.m. and 6 p.m.

A person reached out to say he witnessed, along with others in the area a person yelling at a Legion member who was volunteering during the annual poppy campaign.

The witness said the person was yelling and using profane language at the elderly man who was dressed in Legion attire.

Rod Ingersoll is President of Branch 133 Legion in Cobourg and said on Sunday after the Alderville Remembrance ceremony the confrontation on Thursday was “very disturbing.”

Ingersoll said he received a phone call from a veteran who is in his late 70’s or early 80’s and doing poppy tagging at the LCBO on Thursday when a “individual” came up to him and said, “it’s our fault. That we’ve destroyed our own country and that poppy that we hide behind is a target.”

The individual then proceeded to tell him that the poppy, “is a target on your forehead” and went in the store.

When he came back out of the store, “he mentioned it again that he had a target on his forehead and was going to shoot him.”

The individual hopped on his bike and left the area.

Along with being the President of Branch 133, Ingersoll is a veteran and said it’s ridiculous.”

“I couldn’t believe it when I heard it.”

Police were notified of the incident and Today’s Northumberland has reached out for comment.

Ingersoll said the veteran with the poppy’s couldn’t believe it happened, but, “he’s a strong old boy.”

“He wasn’t worried, he was just concerned something like this took place.”

“It’s fortunate that it was him it happened too and not one of our other members.”

Communications Officer with the Cobourg Police, Lisa Munday said there were no charges as a result of the incident.