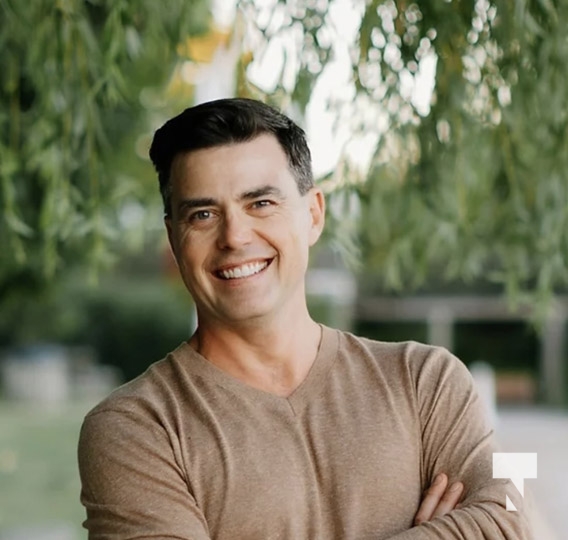 Today’s Northumberland reached out to Cleveland and had a one-on-one with him about the last few days and going forward. Cleveland and council will be sworn in on November 15.

TN: Just wanted to touch base how the first few days have been after the election?
LC: Every morning is a little surreal waking up 100%. You think about this a lot and then when it actually happens it’s a whole different ball game. I took about 24 to 48 hours right after the win to spend it with my immediate family. It’s been an exhausting three or four weeks so it was really just two days of decompression and connectivity and just letting it all sink in. The last two days, Wednesday specifically and yesterday (Thursday) are back to back meetings. I’m starting at 8:30 in the morning and not finished until about 9 or 10 at night. A lot of meetings.

TN: I heard you were in Victoria Hall yesterday (Thursday)?
LC: I had a meeting with the CAO and the town clerk. I asked for the meeting. I just wanted to know what I could start working on until my swearing-in date. John Henderson is still very much the mayor of Cobourg right now. In no way shape or form am I stepping on his toes or getting in his way. I actually had a really nice conversation with him yesterday. The respect he is showing, the help he is giving me already is unbelievable. It speaks to the character John is. It speaks to the level of love for his community. He is being exceptionally open, welcoming and helpful in this transition as are Tracey Vaughan (CAO ) and Brent Larmer (Town Clerk). So my meeting yesterday was more at my request and it was, “hey guys, what do I need to start learning?”
I’ve got a couple of weeks until I’m sitting in the chair. What are your recommendations. I asked John where I should be spending my time, what should I be focusing on, what should I be absorbing? Brent I asked what policies books, so for me I have to learn, I have to understand. And one of the reasons I think people elected me was to go in there with fresh eyes. Not to go in there and change everything, but to go in there with a fresh set of eyes and to really understand what’s going on and then to communicate what I find to the community.

TN: I’ve heard from a few members of the community – were you surprised John was still there?
LC: Of course not. John is mayor until the (November) 15th and John should be there. John still has functionary roles to fulfill, John still has events. One of the examples, there was a group that invited me to come to a ceremony on (November) 5th and I very politely declined because I’m not the mayor. I’m the mayor elect and that’s a really important distinction. John Henderson is still very much the mayor of this community. And I am the mayor elect. And I do not officially take on the role until my swear-in on the 15th of November.

TN: Do you know what your first thing on the agenda will be. And I know that’s a big question.
LC: My first thing on the agenda is to understand what council wants to accomplish in the next four years. This is going to be a team. I’m the only member of council without council experience. That’s something in terms of messaging from the community, but it also tells me the community wants me to have a very experienced council. And that they chose people like Brian Darling, with three terms for a reason. They put people like Brian Darling on that council to make sure I have the experience with me. And so job as leader is to make sure that my first agenda is to understand what my councillors want to accomplish. I have to make sure this is a team event moving forward. That we are working as a team. The only way I’m going to do that is to understand what it is each of my councillors want. So my first thing on the agenda is to understand what we, as a council want to achieve in the next four years.

TN: Can you fully grasp the work involved ahead?
LC: I actually disagree. And the reason I humbly disagree is anytime you jump out of a airplane, anytime you push yourself out of your comfort zone to accomplish something great, it requires to do go through this period of uncomfortable learning. And whether it was when I showed up in Alberta in -52 on my very first day on a oil rig or whether it was the very first Montana and I opened up The Market and Smor, you are always going to find yourself in a period of your life where you are uncomfortably learning. And where you have to learn quickly. And I wouldn’t say it’s more than I expected. It’s exactly what I expected. It is an intense job. There are multiple jobs within this one job. That is mayor, that is county councillor, that is a board member on Holdco, etc. etc. It is definitely humbling, it is definitely a lot to learn, but the reason why I ran for this position is because I was excited at the opportunity to step into this role and expand my knowledge base and to serve this community the best way I can.

TN: Is it going to be hard to juggle The Market and Smor as well as being the mayor?
LC: We’ll put that to bed right now. I haven’t worked at the Market for over a month. Since the day of my campaign we’ve been working for four months prior to have me have nothing to do with the operations of The Market. I am now no longer anything to do with The Market. As of the day I launched my campaign I have yet to make a single operational decision in that Market – nor will I. The reality is, we’re looking at getting me off of the ownership team and selling my shares to my sister so that I have zero ownership in the business. The reality is, I knew before this ever happened, that I couldn’t even run and campaign and work at the Market. My team at the Market has really stepped up. We’ve hired new managers, there is a team there of almost 29 full-time staff and Montana DesJardins is and always has been CAO and now she has promoted within, so my position there is simply a silent owner. I have no responsibilities there what-so-ever. I go in as a customer only.

TN: All the better you can devote your time to mayor?
LC: Just so we’re clear, the mayor’s job is a 60 hour a week job – minimum. I was under no misunderstandings about the kind of commitment. Not to mention, it’s a 60 hour a week job for someone like John who has 10 years of experience on council. For a newcomer like myself, that 60 hour a week job is probably going to be closer to 80 hours a week. I’m well aware of that. I’m ready for the challenge and that’s why I believe at 42-years-old I’m going to have the energy and stamina that’s required to put in those 70, 80 hours a week while I catch up and while I learn everything that needs to be learned in order to be the effective leader Cobourg expects me to be.

TN: Thank you. Anything else you can think of?
LC: I’d like to say to the community as a whole. It was a very close race. I am very well aware of just how many people that are out there that wanted to see John as their mayor and I want to speak to them specifically that’s it’s my job over the next four years to prove why I deserve to be mayor. I’m up to the challenge and I look forward to working with all of the community members to be the best possible leader I can be.