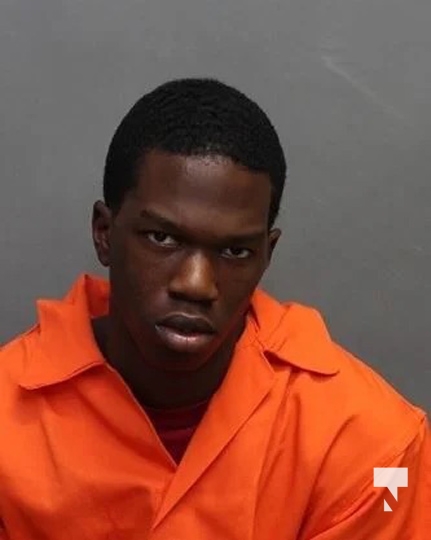 Today’s Northumberland has learned the suspect that nearly struck a Cobourg Police officer that involved a high-speed pursuit in Oshawa before crashing early Thursday morning was also charged in connection with a shooting inside the Yorkdale Shopping Centre on August 29, 2021.

On Thursday, September 29, 2022, at approximately 1:45 a.m., DRPS received information from the Cobourg Police Service that a suspect operating a Porsche SUV fled from a traffic stop in the Town of Cobourg, almost striking the investigating officer.

Members of Central East Division located the suspect vehicle on Labrador Drive in Oshawa and when officers attempted to stop the vehicle, it failed to stop for police and fled at a high rate of speed. Air1 was able to locate vehicle and followed it into Ajax. The suspect vehicle was observed travelling at a high rate of speed before striking a cement barrier and rolling onto a residential property on Range Road and Hoile Drive.

The driver was arrested and taken to a local hospital with minor injuries.

He was held for a bail hearing.

A video depicting the arrest can be viewed at this link – https://youtu.be/gDJjY2z0IOo

Anyone with new information about this investigation is asked to contact Cst. Fyfe of Central Central East Division at 1-888-579-1520 ext. 2404.

The shooting at Yorkdale Shopping Centre happened on August 29, 2021 at approximately 3:30 p.m. which sent the mall into lockdown for several hours.

Toronto Police stated at the time that two groups of people reportedly got into an altercation.

Police said several gunshots were exchanged between both groups, but no injuries were reported.

Stafford was arrested on November 2 in the Greater Sudbury area and is facing a charge of discharge firearm with intent.