Editorial – Cloud of Grief Over Entire Community After Devastating Crash 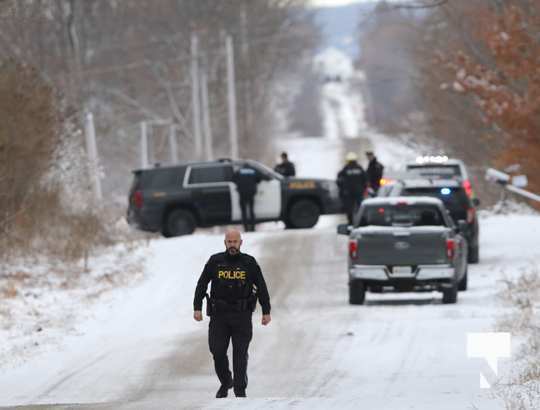 Editorial – There are no words to describe today.

Horrific, a parents worst nightmare, you can go on and not stop for hours.

It was a tragedy that engulfed the community and will for sometime.

Siblings struck by an apparently out of control vehicle while just about to board a bus for school.

Every person that lives in the country likely feels the angst of this every morning.

Factors such as the weather, the status of the vehicle, road conditions.

But at this stage – who cares.

A 12-year-old is dead. His 10-year-old sister fighting for her life after being given a police escort from the scene to Northumberland Hills Hospital and shortly after airlifted to a Toronto hospital.

The 17-year-old driver of the vehicle was taken to hospital in shock.

First thoughts are of course to the parents and family.

Words can’t express our sympathies to the parents, to the relatives and to the friends.

So many tears flowed today from people that didn’t even know the family.

You didn’t have too.

This is a community that comes together when tragedy strikes.

And we need to now, for this family.

Let them grieve in peace, but let them know we are there for them.

Not just now, but in the future.

This type of tragedy doesn’t leave you. It stays with you – forever. It makes you realize how precious life is.

And how in a instant it can be taken away.

Police, fire departments and paramedics respond to tragedies almost daily when called upon.

But they are always there when we need them. They see things no one wants to see. The worst of society sometimes. They don’t get to pick and choose the call. When there is an emergency – they respond.

They’ve seen it all.

But today was different.

When you hear the call over the radio that “pedestrians” have been struck and the time of day, you automatically think children. Your heart beats faster. You want to get to the scene safely, but as fast as you can.

Finding out that it was children doing what they do five days a week in the country – boarding a bus. Going to school.

In Northumberland County many children do this, have done it for years, nothing has ever happened, until today.

After the children were transported the only way to describe the scene today was numbing.

Everyone knew what had happened and everyone, everyone was hurting.

As emergency services came and went from the scene, they talk. At scenes tragic or not, sometimes you may see a smile just to ease the anxiety. Not a real smile, but one just in conversation.

And there is no shame in saying, there were tears from emergency services today at that scene.

In over 30-years of covering news – it was something I’d never witnessed before.

It was sadness beyond proportion.

A family has been devastated. They will never be the same.

And neither will this community.