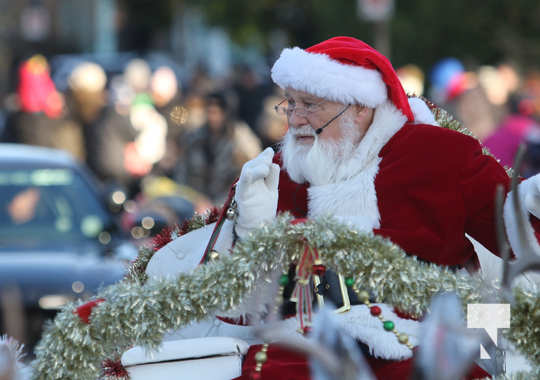 Click here for gallery of photos from the parade

It was a perfect winter’s day for the 64th annual Cobourg Santa Claus Parade on Sunday, November 17, 2019.

Thousands of people lined King Street as the parade made its way through downtown.

It’s the first time in recent memory there was actual snow on the ground and children didn’t seem to mind waiting for the parade to start while they played.

Children were bundled up along the route and on the floats on the chilly Sunday afternoon.

When the children see the scarlet red uniforms of the Concert Band of Cobourg they know that Santa Claus is right behind.

After the parade Santa Claus greeted a number of people at the Cobourg Public Library.