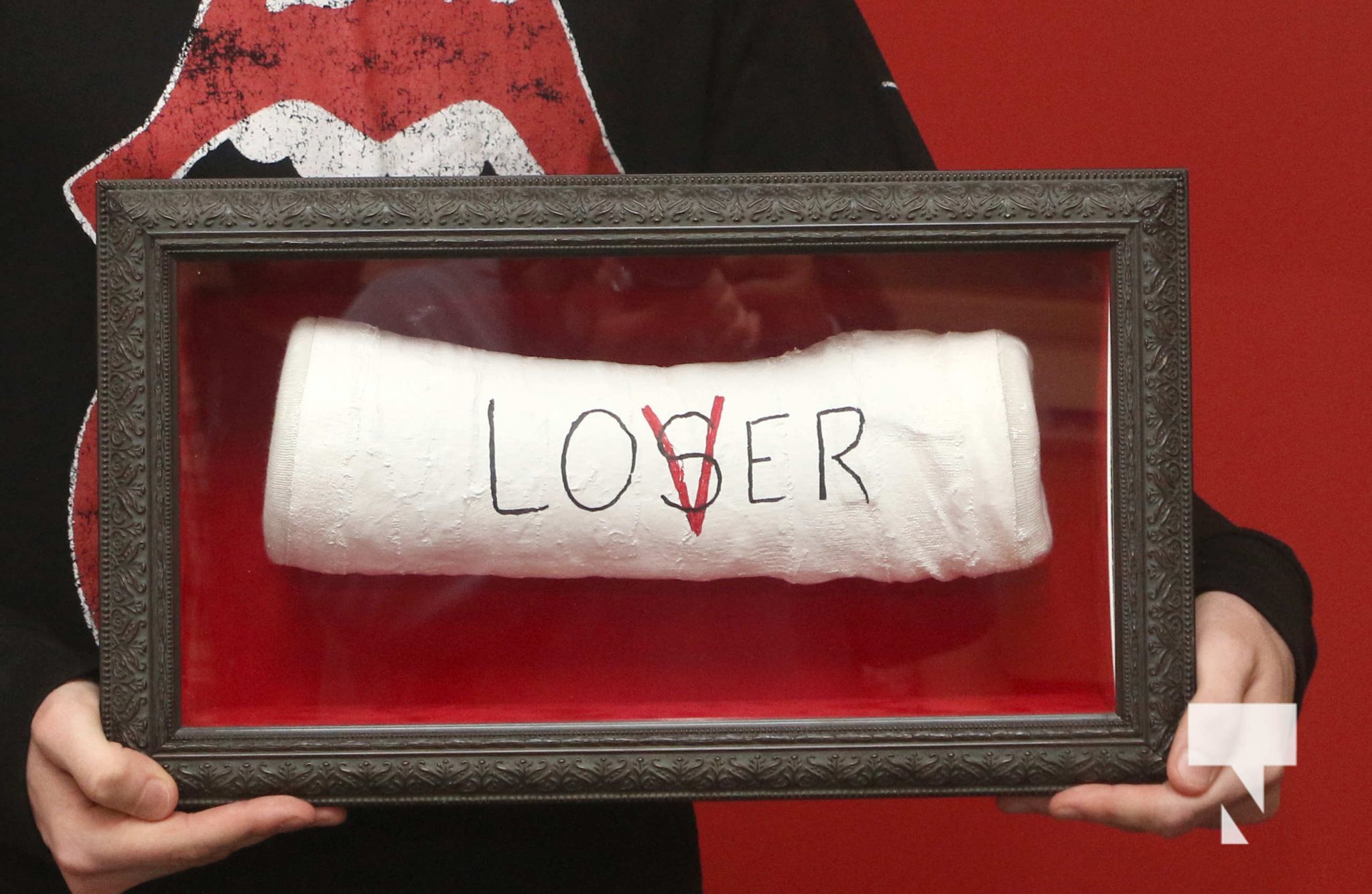 Noah Rylott never thought he had a chance of winning a famous prop “Loser” arm cast from the blockbuster horror movie IT Chapter 2.

The 17-year-old from Cobourg is a huge fan of the IT movies including the original from 1990 and the items around his house certainly prove he’s a fan.

“I was so happy, I couldn’t believe it.”

“I enjoy the horror genre in general and IT’s a very good horror film.”

His grandmother purchased tickets for the five grandchildren in the family, but Noah didn’t think anything more of it – that is until he was told he’d won the grand prize.

Over $1,000 was raised for the Northumberland United Way from the contest.