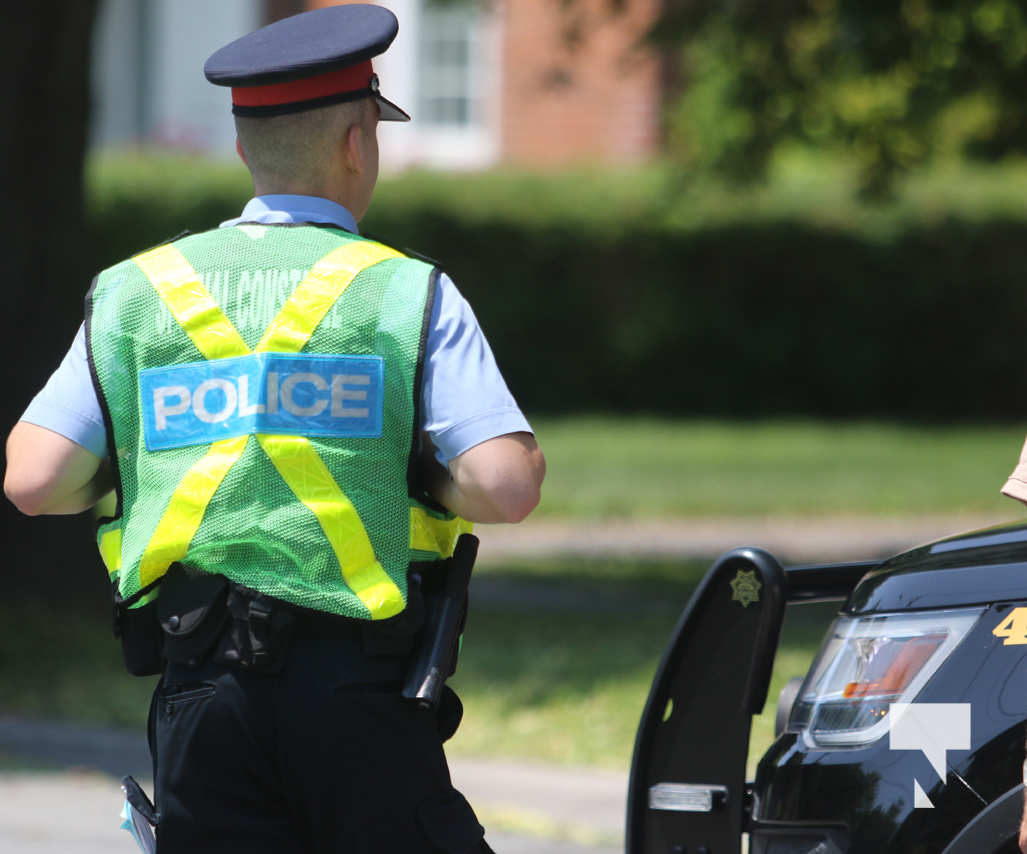 A Cobourg Police Special Constable wearing a police vest could highlight the confusion between the two types of officers.

President of the Police Association of Ontario Bruce Chapman spoke to Today’s Northumberland about a photo taken on July 1 just prior to the Canada Day parade in Cobourg.

The photo shows a Special Constable wearing a traffic vest which clearly states “Police” on the vest.

“I highly support our Special Constables and the job that they do,” said Chapman.

“It’s just to the public there is some concern about wearing something that identifies the person as a police officer when they are not a sworn member could cause an issue for everybody involved. The public, the police service and liability issues that may come with it.”

Chapman indicates there is not a far difference between the cost of Special Constables and police and the jobs they do, “but there is marked differences in the duties they are allowed to perform and authorized by law.”

The previous government was making legislative changes to clearly distinguish between a Special Constable and Constable while wearing uniforms.

Most Special Constables are members of the Police Association of Ontario, but Chapman states the uniform must identify the type of officer.

In the photo, the uniform does identify the type of officer, but the vest does not.

“Both are most valued in our communities, but in different circumstances and levels of employment.”

“Members of the public may not know the difference.”

“What if there is a violent situation and the Special Constable isn’t armed?”

“They (police and Special Constables) have different use of force options so it is concerning from the police perspective and the association.”

Cobourg Police Chief Kai Liu did not comment on the photo.