Could This Be IT? 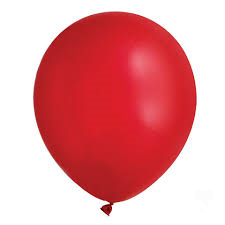 Residents are advised that Third Act Productions Inc. has made an application to the Municipality of Port Hope to film interior and exterior scenes for a feature film produced by Warner Bros. and New Line Entertainment called “Largo” at various locations throughout Port Hope.

Filming times are have been outlined (below), but are subject to change.

The production company has been working closely with the Municipality of Port Hope, and in particular with the Marketing and Tourism Office, to ensure that the community is well informed of the filming proposal and schedule.

All emergency access as well as access to homes, businesses and/or driveways will be maintained at all times unless arrangements are made with the owners in advance.

During filming, members of Port Hope Police Service will be on hand to help with traffic and crowd control. Parts of the movie are set in the year 1989 and, as such, traffic control will be required on specific sections of streets and sidewalks so that it can be dressed to fit the period. This includes cars on the streets.

Most scenes take place during daylight hours and filming will take place in the range of 7 am to 11 pm each filming day. Generally,
a typical filming day will take approximately 10-12 hours of filming with some set up time each morning and some time to clean
up at the end of each day. Scenes are filmed in pieces and do not usually go for long periods of time, with each “take” lasting
approximately 1-5 minutes. It is at this time that pedestrians and vehicle traffic will be asked to “hold” from entering the filming area
until each take is complete. Once the take is complete, the “hold” will be released. Advance filming notice signs will be placed in highly visible areas to let the public know of the proposed work.