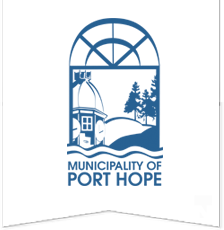 The Municipality of Port Hope has launched an awareness campaign this month to remind residents of the Municipal By-law in place for licensing and regulation of domestic animals within the community.

“Over the past few years, there has been an increase in animals, particularly dogs, off leash in Municipal parks and open spaces, which has prompted this campaign,” explained Jim McCormack, Director of the Parks, Recreation and Culture (PRC) Department with the Municipality of Port Hope. “With resident and animal safety in mind, our goal is to curb this activity by reminding the community of the regulations in place within the Municipality.”

Within the Municipality of Port Hope, By-law 18/2014, which is By-law for the licensing and registration of dogs and for the regulation of dogs and prohibiting the running at large of animals, states that no owner of any animal shall cause or permit an animal to run at large within the limits of the Municipality unless it can be proven that the animal is a ‘working dog”. Further, section 7.2  states that every person shall keep control of a dog by keeping a dog on a leash of a maximum length of 1.8 meters and ensuring the dog is under the control of a capable person at all times.

As part of the By-law awareness campaign, staff from the Parks, Recreation and Culture (PRC) Department, the Port Hope Police Service, By-law Enforcement and Municipal Animal Services will work together to promote the usage of the Municipal Dog Park, which is located on Baulch Road, and allows for animals to be off leash within the fenced park area. Promotion of animal licensing regulations and the obligations and responsibilities of animal owners will also be included in the awareness campaign materials, which will be distributed over social media, in the newspaper and on the Municipal website.

Until June 23, warnings will be issued where By-law infractions occur, and following that, an enhanced By-law enforcement campaign will commence to ensure that residents are compliant with the By-Law. Fines will be issued, per the schedule set out in the By-law.