Cobourg Settles On Sidewalk Work for 2018 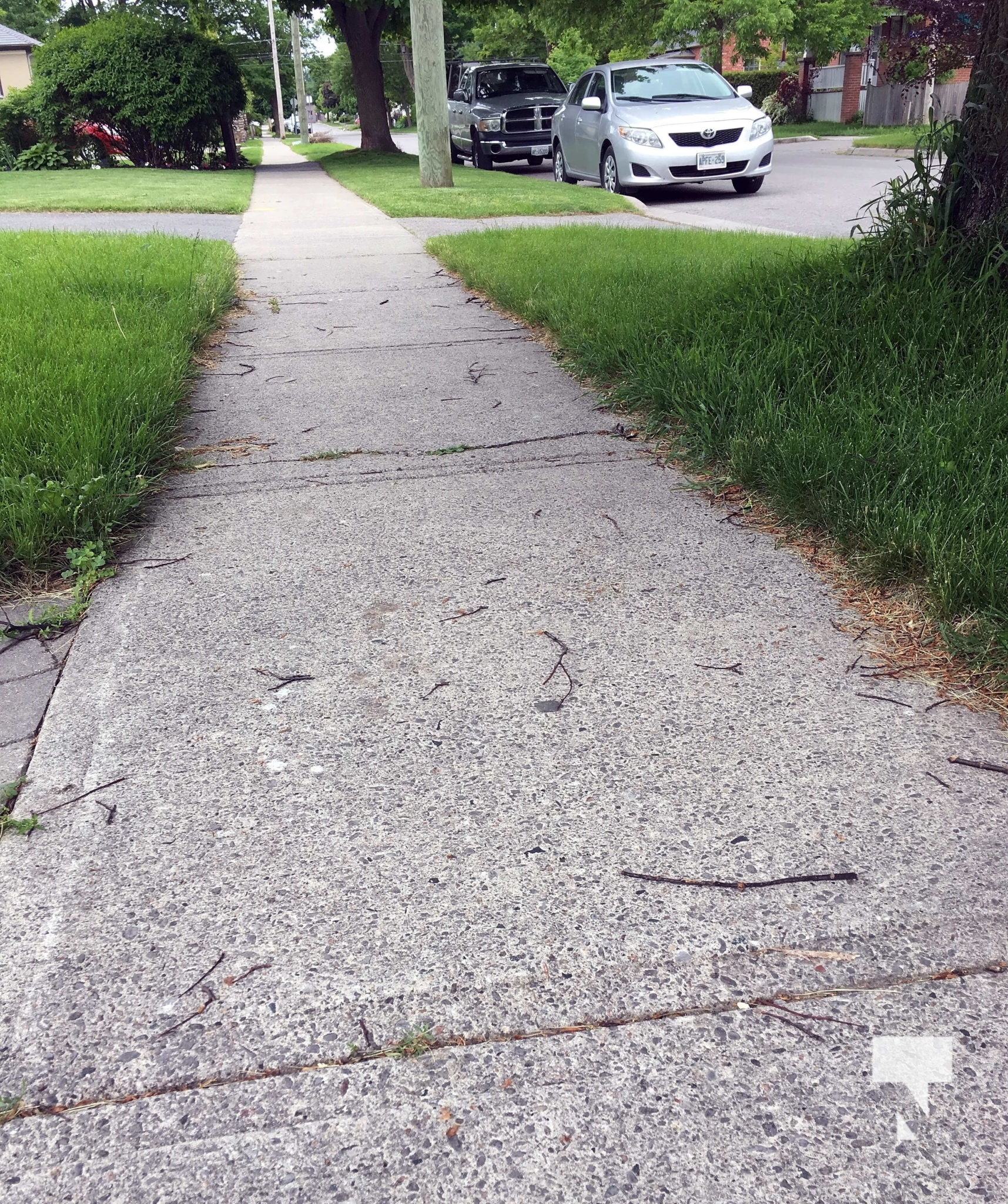 Cecilia Nasmith/Today’s Northumberland
Cobourg’s new Sidewalk Priority Guidelines are working, Councillor Debra McCarthy declared with delight at this week’s committee-of-the-whole meeting.
The report from deputy director of public works Laurie Wills made recommendation for work on two sidewalks – at the south and east end of Northwood Drive and the north side of Spencer Street between John Street and Ryerson Commons.
The new policy required a field inspection of the top candidates for work each year to confirm that priorities are correct and there are no extenuating circumstances (like increased costs from utility relocations or significant trees) that must be considered.
Wills’s report said that this inspection took place over the top four candidates on May 7, and these two were chosen. The cost for both is estimated at $90,159.36, including the non-refundable tax apportionment.
“Provided the bids received for the construction of the sidewalk are under $100,000, there will be no impact to the 2018 capital works budget.”
McCarthy was pleased with the latter recommendation, which she said would serve a neighbourhood whose population is fairly intense with seniors and those with accessibility needs.
“Having studied the criteria Laurie put together, I really appreciate how creative it was, because I had never thought about linking things like parks and schools and shopping,”