Submission Explains Why Building Needs To Be Saved – Port Hope 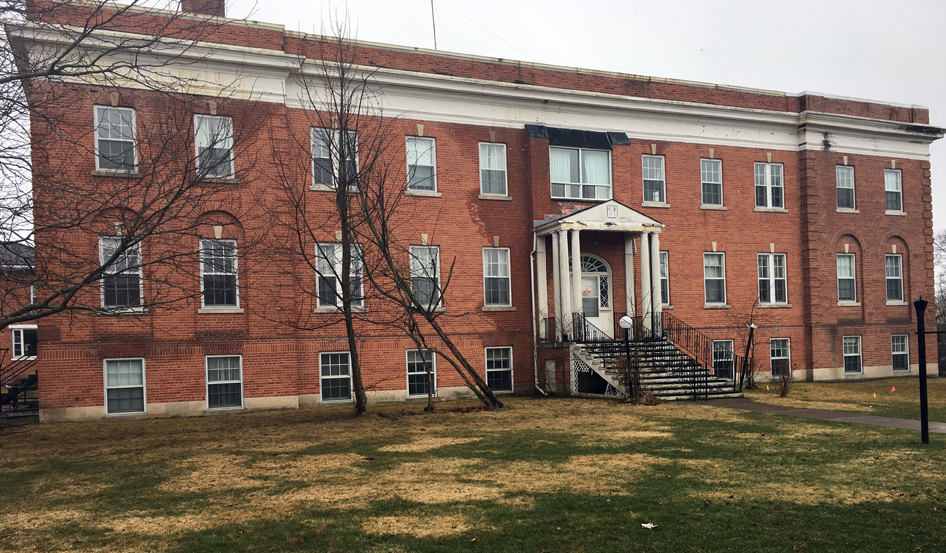 A SUBMISSION TO THE TOWN OF PORT HOPE
ON THE OCCASION OF THE SPECIAL MEETING OF COUNCIL
APRIL 11, 2018
REGARDING THE DEBATE AND VOTE ON THE ISSUE OF
HISTORICAL DESIGNATION OF THE 1865 and 1916 HOSPITAL BUILDINGS at 65 WARD STREET (and adjacent) PORT HOPE, ONTARIO

Why should we designate?
Because it would be crazy not to designate.
I will explain.

Who We Are
Appreciation of the value, in all respects, of cultural and built heritage has become part of the DNA of the citizens of Port Hope. It is not likely that you’ve had much correspondence encouraging the demolition of the hospital buildings. It’s even less likely that any of those attending meetings on the issue were proponents of demolition, other than the representatives of Southbridge and a few councillors. If council members voted not to designate the historic hospital buildings they would need to have a very good explanation for the citizens of Port Hope, especially the Rod Stewarts, the Rumgays, and so many others who have given generously of their time, talent, treasure, and aspirations to make this town one of the best in Ontario. The citizens of Port Hope are proud of their built heritage and visitors are envious.

Southbridge has made a ‘statement of fact’ to the effect that if the heritage buildings on the Ward Street property are designated they would not proceed with the redevelopment and would withdraw all operations from Port Hope. This is, by any definition, a threat. Southbridge’s intense pressure for Port Hope Council to immediately make a ‘do or die’ decision makes it a coercive threat. It is difficult to characterize such behaviour as “acting in good faith.”

Minor Misinformation, Major Confusion.
Southbridge (and councillor’s sympathetic to Southbridge), continually refer to the 1916 hospital building as “abandoned”, “dilapidated”, “condemned”, and other in pejorative terms. It is none of the above. It is remarkably good condition in all the ways that matter. (See photos in Appendix 1, below.)  It has been left vacant and unmaintained by current and previous corporate owners for their own reasons. Repairs and renovation are required. This is not sufficient rationalization for demolition. The existing care facility on the property also requires repairs and renovations.

Muddling the Message
Southbridge’s redevelopment proposal speaks to the number of new beds it will create and only in the fine print does it acknowledge that the redevelopment proposal only adds one or at most a few additional long term care places. The remainder of the added places are for assisted-living and retirement living. These assisted living and retirement spaces are more profitable for the corporation, as Mr. Macintosh explained.  Thus the need to remove the heritage buildings and completely fill the site is not only to serve the long-term care needs of the community but also to serve the corporation’s need for profit.  The Southbridge proposal is technically accurate in reporting the number and type of beds. The problem is in the presentation and emphasis. Again, it is natural for proponents to overstate their case. It is council’s job to watch for it.

Also the stringent design requirements mandated by the Ministry of Health for long term care units do not apply to other units in the spectrum of continuing care. The existing heritage buildings on the Ward Street property are ideally suited for conversion to residential or ancillary uses with no need to alter the façade of the buildings ‘beyond recognition’, as was dramatically described in the Southbridge presentation on April 03.
Examples of successful adaptive reuse abound. The most relevant one is right across Ward Street, starring directly at the hospital building. Hard to miss. (See photo, appendix 2, below)

Keep On Pumping
Mr. Macintosh is proud to tell us that Southbridge will maintain the pump house and “refresh it back to its former glory, whatever that means”. This is an especially good thing, according to Mr. Macintosh, because this pump house is clearly the “jewel” of the three heritage buildings on site. Not so. What is clear is that if the CEO of Southbridge considers the the pump house to be the Jewel then he and Southbridge have no knowledge or appreciation of heritage architecture and no sense of historical significance. However they do realize that keeping the existing pump house and it’s installed equipment will result in major cost savings.

Employing the Employment Card
Efficiency through consolidation is the Southbridge method. That is code for reduced employment opportunities, especially in higher paid positions, as Mr. Mackintosh explained on April 3rd. Even at this late date some confusion exists as to the fate of Regency Manor. So the total number of long term care units and other accommodation units proposed is uncertain as are total employment numbers. At best it seems that current employment numbers will be maintained with no new continuing direct employment opportunities resulting from the redevelopment.

To Whom Much is Given Something should be Expected
The redevelopment and operation of the Southbridge property is heavily subsidized by the provincial government. Two thirds of the cost of the construction or renovation of the long-term care facilities are paid for by the Ministry of Health. There are other ongoing subsidies for the operation of the facility including funding for additional hours of work mandated by the Ministry. This is all fair and reasonable. At the same time it would also seem to be fair and reasonable that Southbridge should be expected to temper its ambition for this project and adapt their plans to the constraints of the lot size, the sensitivities of the neighbourhood, and the continued existence and happy integration of the existing heritage buildings. Everyone profits.
Respectfully submitted,
A. T. Jenkins
April 11, 2018
Appendix
1. Photos illustrating the quality and condition of the masonry construction of the 1916 Hospital building at 65 Ward Street, Port Hope.