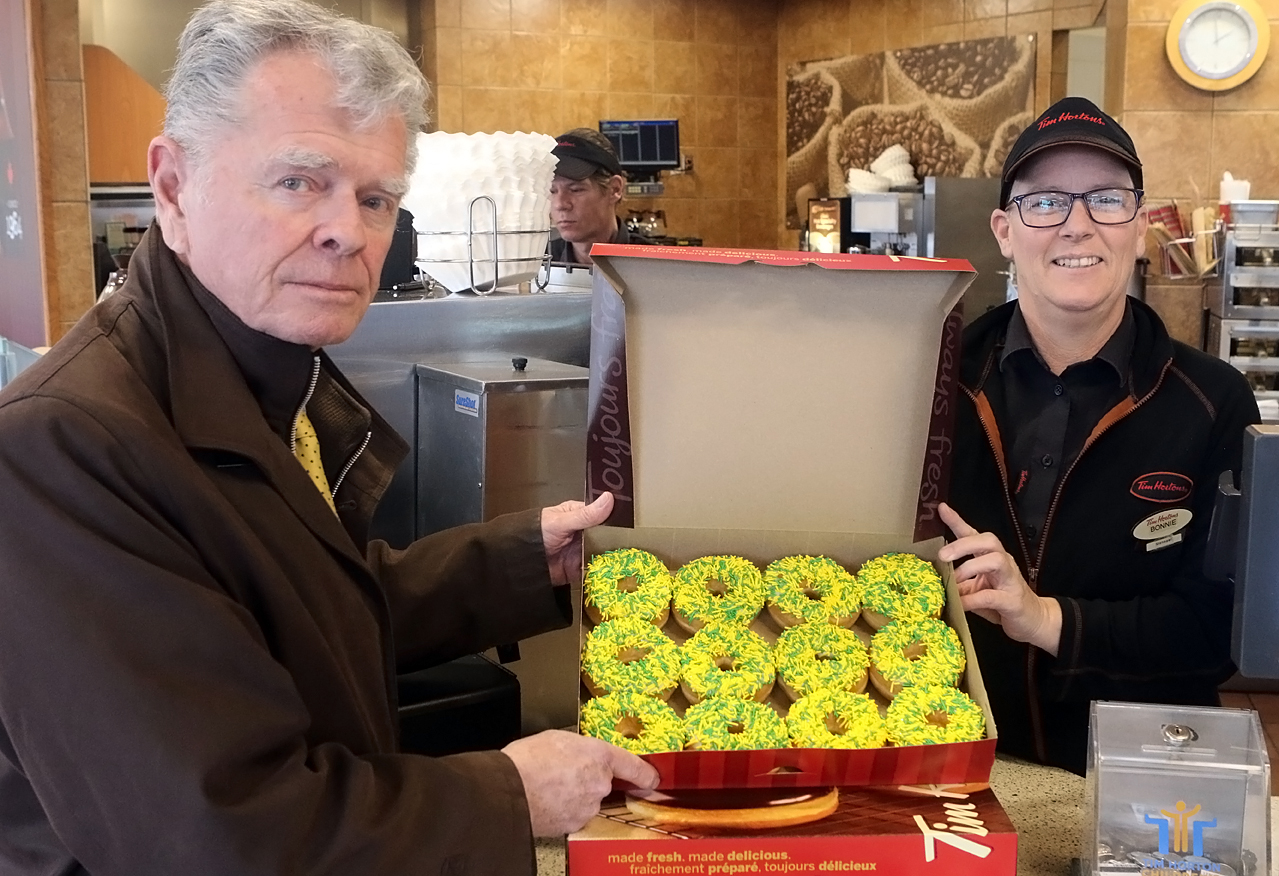 Like many other communities across Canada, Port Hope is trying to find the best way to support the people of Humboldt, Saskatchewan.
The Humboldt Bronco’s hockey club suffered a devastating tragedy on Friday evening when their bus was collided with a transport truck killing 15 members of the Bronco’s organization. Numerous others were injured, some are still in critical condition.
Tim Horton’s is selling the donuts that have the teams colours on them with 100% of the proceeds going to the Humboldt Bronco’s Hockey Club.
Sanderson was born in Saskatchewan and a daughter-in-law who is from Estevan, Saskatchewan.
“It’s beyond words. The devastation to a small community, the families and the community is beyond anything you could express.”
“In Saskatchewan every community is connected and everyone knows what’s going on.”
When Sanderson first heard about the tragedy and even speaking of it now, like many other Canadians he’s close to tears.
“No words can describe it.”
“I was choked up thinking about the families, fine young men playing sports and how healthy and active and happy they were in the photos – it just brings tears.”
The tragedy has brought in condolences from in from across the world.
“Every parent, every teenager, every sport. It’s beyond borders.”
Like every community across Canada, Port Hope wants the community of Humboldt to know they share in their grief and support.
In honour of the tragedy, Port Hope’s town flag will be lowered on Thursday.
When Sanderson heard about Tim Horton’s selling donuts, he stopped by the Peter Street location and picked up three dozen Humboldt Broncos Strong donuts.
Sanderson delivered the donuts to the town hall, Joint Control Parks and Rec and the Jack Burger Sports Complex.