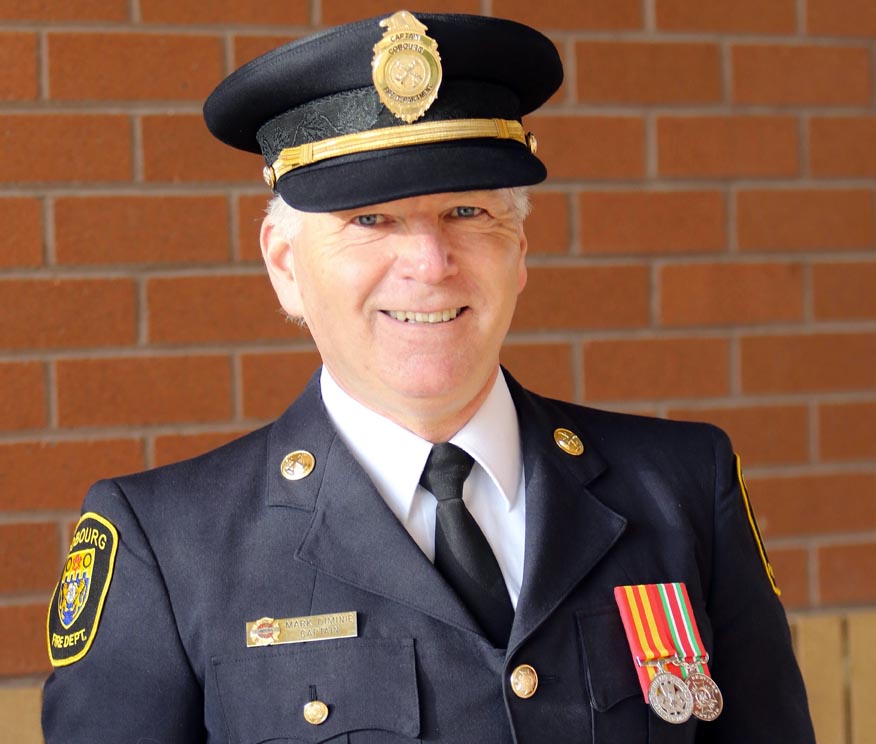 Alnwick/Haldimand Township has a new Fire Chief.
“On behalf of Alnwick/Haldimand Council and staff it is my pleasure to announce the hiring of our new Fire Chief, Mr. Mark Diminie.,” stated Mayor John Logel.
Diminie has spent is entire firefighting career of 30 years with the Cobourg Fire Department and will start with the township on May 21.
“It will be hard to leave Cobourg, the people that I’ve worked with over the years and the lasting friendships I’ve made.”
Diminie will be responsible for and oversee the operations of the Fire Department consisting of three fire halls and 55 firefighters.
He will also be a member of the new Emergency Services Facility Committee being constructed in Roseneath.
Coming up to his retirement with the Cobourg Fire Department, Dimine said he wasn’t necessarily thinking about continuing on in the fire service, but felt it was a good fit going forward.
“This position was offered to me from the municipality of Alnwick/Haldimand. I did a bit of sole searching going over the pros and cons and the challenge of this new position is something I’m looking forward too.”
Born and raised in Cobourg Diminie is very active in the community including coach for minor hockey, member of the Cobourg Legion Band and Drum instructor for the Hastings Prince Edward Cadets, as well as, an extensive family history in the municipality.
Serving on the Cobourg Fire Department he is also very aware of the hazards.
“I know the risks with Rice Lake to the north and Lake Ontario to the south, the busiest highway and railway in Canada going through the Municipality. But with the three stations in Alnwick/Haldimand I think they have a good foundation and have been told nothing but good things about the firefighters.”
As Diminie points out, “you’re only as strong as your weakest link.”
“It doesn’t matter whether it’s station to station or man to man, we will definitely have to work together not only in our department but in the mutual aid system (with other departments).”
The veteran firefighter said the fire ground component of his new job is something he is very comfortable with, but the managerial aspect will be a welcoming challenge.
“It’s definitely going to be a cultural shock from riding the (fire) truck and being the first responder to being more of a manager. It’s going to be learning curve, but I think it’s a great career move.”
Logel said, “Diminie brings the knowledge, skills and experience obtained from his 29 years of service on the Cobourg Fire Department and as an Instructor at Sir Sanford Fleming College for the Pre Fire Service Course. He was also instrumental in the training of the new firefighters for the initial Haldimand Fire Department in 1990.”
Diminie said he has faith in the department and mostly will be responding to major events such as structure fires or serious motor vehicle collisions.
“But if I’m on duty and the extra set of hands are needed, I’ll definitely be responding to calls.”
“The department has been running a long time without me and they have more than competent officers that know how to handle incidents.”
Chief Diminie’s retirement day with the Cobourg Fire Department is on May 4.
“We are all very pleased he decided to join the Alnwick/Haldimand team,” said Logel.