Construction on Harbour Breeze Condominium Project Under Way in Cobourg 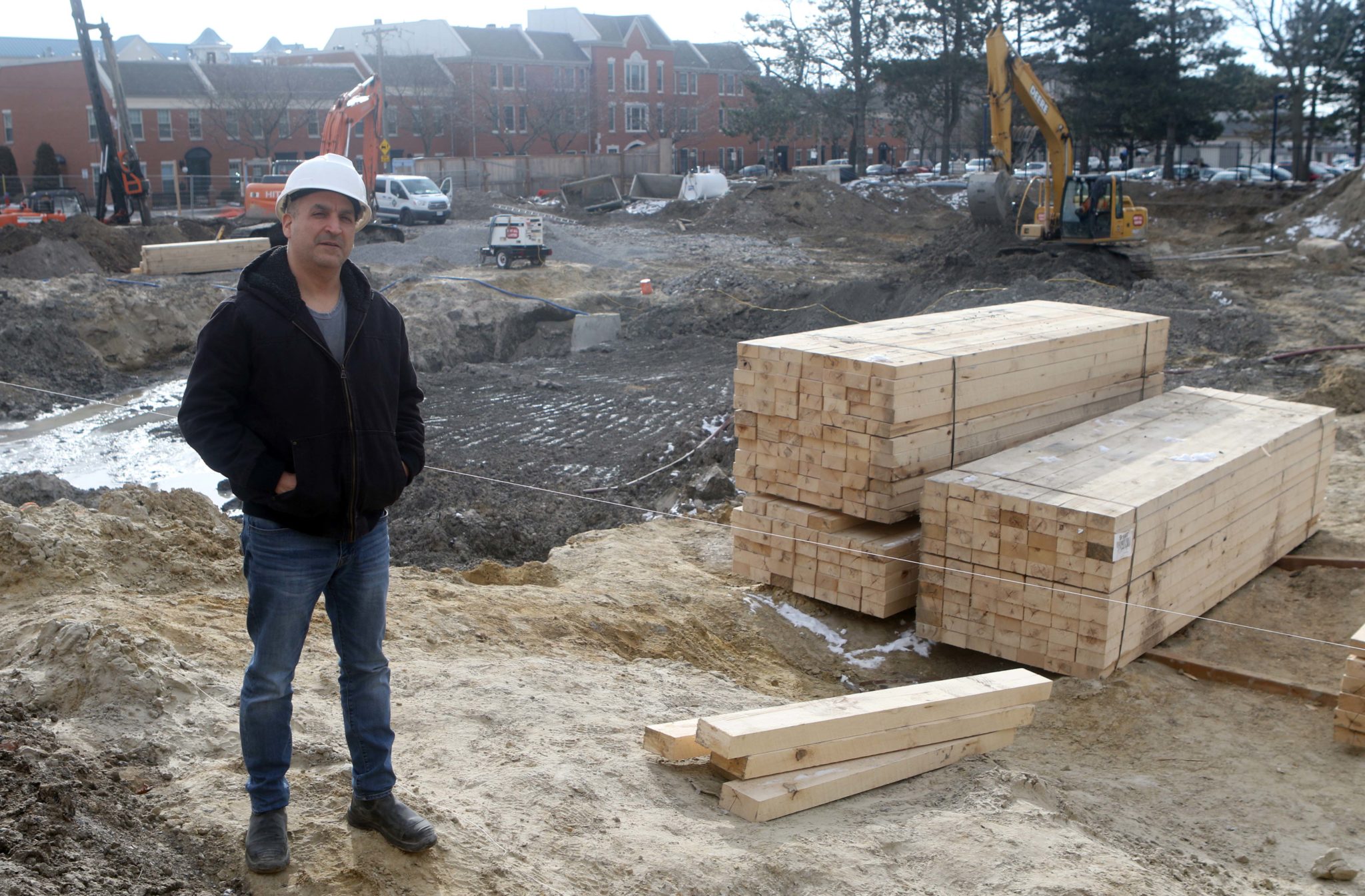 It’s been a long haul but construction is finally underway for the Harbour Breeze project on Orr Street in Cobourg.
TVM Group Principal Amit Sofer proudly showed Today’s Northumberland the project with the sounds of machines working in the background.

“I have to tell you it is an honour to be standing here and seeing the machines moving on this site,” said Sofer.
“It’s been a very long haul. My longest project ever. Which means it will be the best.”
Once completed the five storey project will house 53 residential suites and the Royal Canadian Legion.
“The ultimate finished product will be very high end.”
“All of the finishes, the look and feel of the building. We are setting a new standard in Cobourg.”

As soon as construction is complete, the Royal Canadian Legion will move their operations over to their new home and once they’ve vacated their building, it will be demolished and will become a parking lot exclusively for the Legion.
A parking lot for the residents of Harbour Breeze will be below the building and to the south.
As part of the transaction when the project is complete and the Legion has moved to the new facility, TVM Group will take possession of the five homes the Legion currently owns in the area of Orr Street.
But as yet, there are no plans with those houses.

Harbour Breeze has been a project that TVM Group has taken on for several years.
“I first met with the Legion about six years ago and we talked about the project and brought the idea forward,” said Sofer.
“We had some difficulties moving it through council because there was some opposition. That added about a year, we then went through the Ontario Municipal Board and ultimately got our decision.”
The suites have sold “exceptionally well” with only one of the units left.
Construction was ready to begin last Spring, in fact, they had a small ceremony at the site.
But the construction was pending the outcome of archeological work, which turned up having to do more archeological work.
“We didn’t want any short cuts. It was a delay that upset a few people, but there was no way we weren’t going to respect the heritage of what was here.”
What they found when the site was excavated was exactly what they expected. Footings and foundation walls of a distillery that was there many years ago.
“There was also a bit of a debris where there might have been early 1900’s a trash pile. So that’s been excavated and taken away. Lots of bottles. It will all become I believe public information when the archeological stage four report is published.”

Excavation began in February as they anticipated they would have frozen ground.
But Mother Nature threw them a curse.
“This project has thrown me a loop and a curve every step of the way, so we encountered a bit more water from the weather. So that set us back about a week. But we are well underway and have all the trades lined up and everything is almost mechanical. Our expectation for delivery date is early summer or Spring of 2019 people should be moving in.”
The residents residing in the facility will be coming from the local and Toronto areas.
“It’s about half. There are a number of people coming in from Toronto and there are number of people coming from the Oshawa, Ajax area, but better then half are local.
Harbour Breeze still has their showroom open at 1 King Street East in Cobourg as TVM Group is still having events for the purchasers.
“TVM Group has become a Tarion registered builder and this will be one of our projects as we continue to build so we need to make sure it exceeds everyone’s expectations.”

The TVM Group also owns 1 King Street East, but as yet, there are no plans for it.
“That’s been a building that’s been in our portfolio for number of years and it will remain so.” “We had a proposal to build some residential suites, we may revise that, but at this point there isn’t any firm plans.”