New Security Measures After Incident Over Weekend In Cobourg 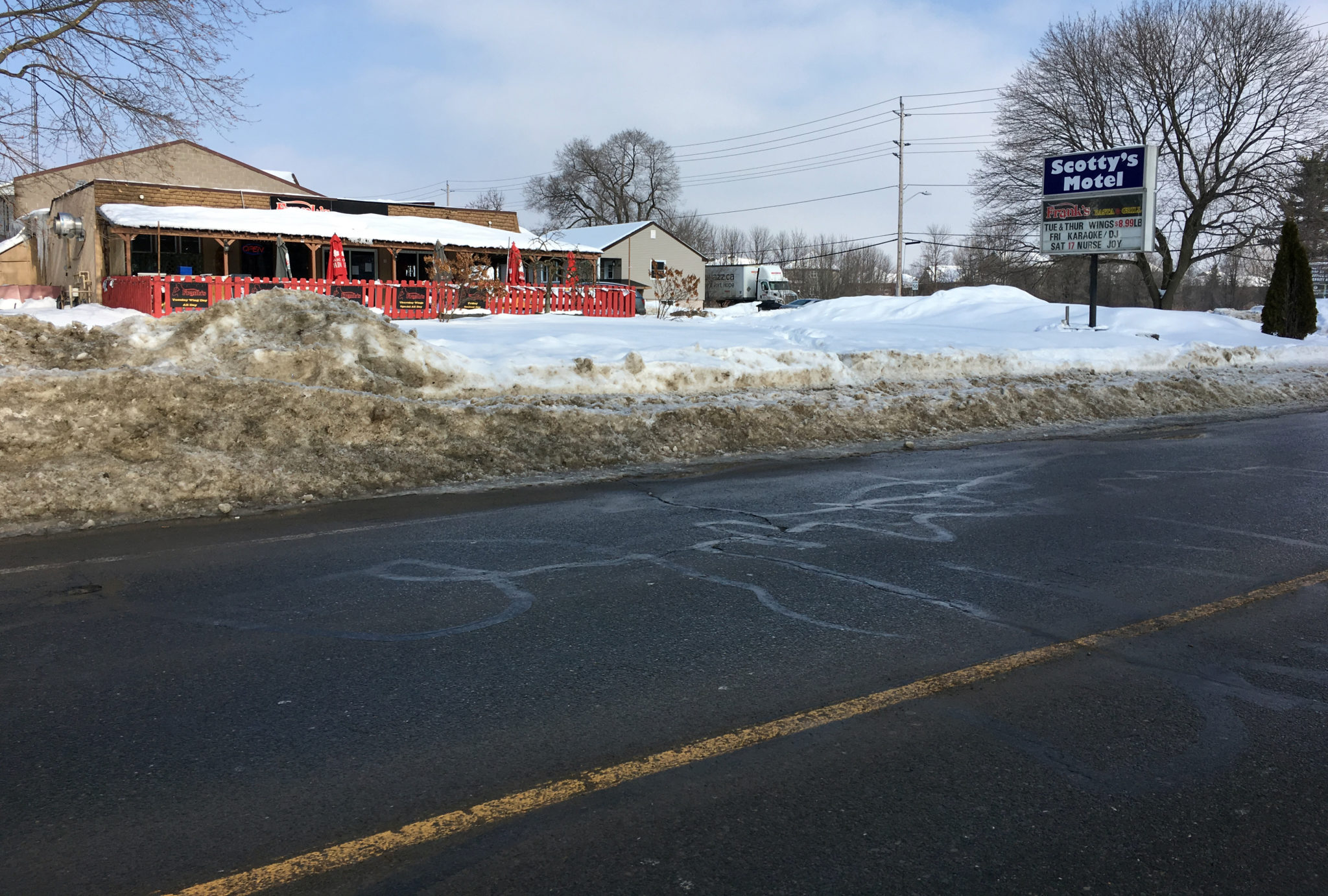 The floor manager at Frank’s Pasta and Grill said the business is looking into taking proactive steps to ensure the safety and peace of mind of patrons visiting following an incident over the weekend.
Early Saturday morning Cobourg Police responded to a man with a handgun at the corner of King Street East and Brook Road North at approximately 3 a.m.
The man was arrested after a gunpoint takedown by police.
Further investigation revealed the handgun was a replica similar to a Glock used by police.
Floor manager Sabir Ali (age 27) said incident started outside the establishment at approximately 2:30 a.m.
Patrons were leaving the establishment and Ali was speaking with a man he was acquainted with outside when the man showed him and a employee a gun he was carrying in a holster.
“It looked real. There was no plastic casing like an air soft gun or orange tip,” said Ali.
“You could take out the chamber and load it like a real gun.”
At that point Ali said they treated it “as a real threat.”
“It’s a potential weapon, it can be used and we have to make sure we contain the situation until police arrive.”
Ali has known the customer for approximately two years and has never been a threat.
“We were definitely shocked, but again we had to keep it quiet until police arrived.”
“We were thinking is this real, is this fake and does he have a license for it?”
The man said he did have a license for the gun, but he wouldn’t show it to them.
In conversation with a friend of the suspect they asked if he knew that his friend was carrying a gun while they were inside the bar during the evening.
To Ali and the employee’s shock, the friend admitted he was aware of the gun.
Ali said he didn’t want people who were there to go into “panic mode” and since he’s known the individual he wanted to keep him calm.
“You could see he was a little agitated and was talking a little upset about his military experience.”
“He wasn’t telling me exactly what happened, but he was upset.”
When the friend pulled his vehicle to the side of the bar in the parking lot Ali said the suspect wanted to walk home with the gun inside the holster.
“Safety is the number one thing. Until the police arrive we have to keep it contained and quiet and not startle him.”
Suddenly the man ran to the middle of King Street with Ali and the employee following.
“After we got him off the middle of the road we were walking towards the sidewalk.”
With the piles of snow and slippery conditions, Ali said he was guiding the suspect off the road when they both fell into the snowbank.
When they fell, Ali was basically on top of the suspect inches away.
“He seemed really agitated and that’s when he took the gun out and put it to his head.”
“It was on his right hip, he took it out with his right hand and put it to his head.”
“When I saw him make that move I took the gun away.”
When the pair stood up, Ali conversed with the suspect, lit him a cigarette, trying to keep him calm while waiting for police.
Police arrived very quickly and took the suspect into custody during a gunpoint takedown.
As a result of the incident, Ali said the establishment is looking into more security for the peace of mind of the customers.
“Naturally I want to make sure people are safe. We’ve never had a major situation like that.”
“We might be changing procedures or protocols for people entering, but we haven’t made a decision yet.”
Ali said they are contemplating having a metal detector wand, or having pat downs as people enter for the safety and peace of mind of everyone.
Though the changes may be new to the Cobourg area, Ali said it’s common for people entering night clubs in Toronto to have security checks before entering the premises.
“Even before you get into the building they are doing pat downs and bag checks, down to checking your cigarette pack.”
“It can happen anywhere, whether you’re at a Tim Horton’s, at a bank, a bar or a hospital.”
It’s unknown when the new safety measures will take place, but this weekend there will be more security on staff for the comfort of the patrons visiting.
Ali also commended the excellent job by Cobourg Police with the situation and arriving quickly on scene.