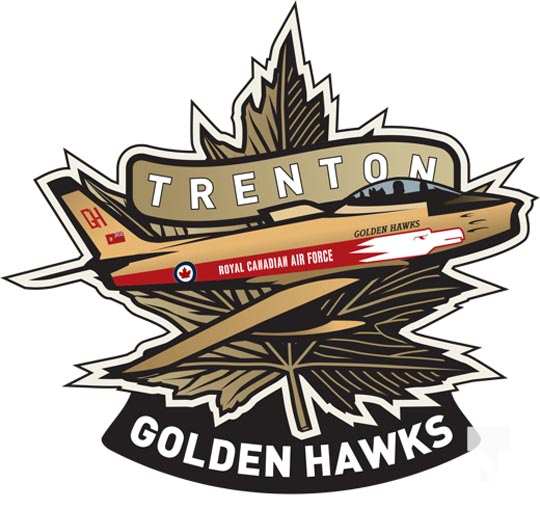 The Trenton Golden Hawks are preparing for the 2021-22 season, which begins October 1st, and a lot of that means signing players, and making trades.

“We are working hard this summer to build a winner,” says Coach Goulet.  “Our fans have waited a long time to get back into the Dunc and we want to be able to hit the ground running.”

“(Aiden) MacIntosh has major junior experience (St John Sea Dogs – QMJHL).  His team in Amherst last year (2020-21) was really strong.  We are excited to get him.  A big player that can put up points.  He is exactly the type of player we like to get.  We want to wish Ryan Glazer nothing but the best in his career, and we thank him for his time in Trenton.”

“We had Tyler Laureault in Trenton’s camp a few years ago, and we were high on him then.  In Nepean in 2019-20 (CCHL) he had a great run, and we are really excited to get him to add depth in goal.”

“The Mauro brothers from Sault Ste Marie are great young men.  Justin put up some great numbers as a 17-year-old in the NOJHL with 48 points.  Devin Mauro led his league in scoring in Midget AAA and has a ton of potential.  Both guys are OHL drafted players.  In COVID action last year, Devin was able to put up about a point a game.  Secondary scoring and depth will be where these young men will really help the club.”

“Matthew Cato is a big win for the Golden Hawks.  We were high on this young man when he was playing AAA (Ajax-Pickering).  He is going to add depth and has the capability of being a top notch forward not only for our team, but the entire league.”

The Golden Hawks home opener is set for Friday October 1, 2021, when they welcome the Cobourg Cougars.  Season tickets are now available by emailing the business office of the Trenton Golden Hawks at – goldenhawksbusiness@gmail.com