Editorial – Demand Change So Kids Can Live Out Their Dreams 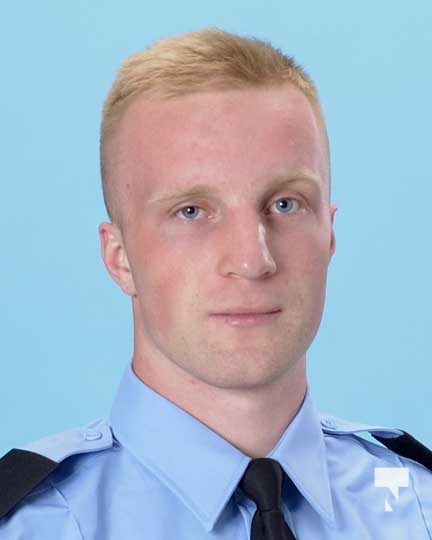 Very few people across Canada knew OPP Constable Grzegorz Piezchala who was on his first solo shift as a police officer in Haldimand County.

Greg who was 28-years-old was responding to a vehicle in the ditch near Hagersville when he was shot and killed.

Greg was doing something that every officer has done countless times in their career.

He responded to someone needing help.

(A Cobourg Police Officer was murdered in the line of duty responding for a call for help on May 15, 2004. The murderer was bent on killing numerous people, called in a phony robbery call and while the officer was taking notes, he slashed the officers throat)

Greg dreamed of becoming a police officer. As we all learn more about Greg, any parent would be proud to call him their son and his accomplishments at such a young age.

He was a Canadian Military Officer and held a Bachelor of Arts degree from York University.

When Greg was hired by the OPP, he had a 2nd Degree Black Belt. While in his school, Greg participated in soccer, swimming, wrestling, rowing and track and field. He competed in varsity wrestling and was an Academic All-Canadian.

Everyone whose heard about the officer’s death is shocked by the news.

Then anger sets in. We follow the news, the updates, the funeral and then our lives get back to “normal” and we pray and hope it never happens again – then it does.
It’s time once and for all for this country that we all love to wake-up.

Not ask for change – demand it.

Demand judges be accountable for their actions and not ghosts in the system.

Call every politician and demand laws be strengthened to protect the innocent. To protect people like Greg who protect us.

Randall McKenize, age 25 of Kingston and his girlfriend Brandi Crystal Lyn Stewart-Sperry, age 30 of Hamilton are both charged with first degree murder.

McKenzie was out on bail for assaulting a Hamilton police officer and possessing a handgun.

McKenzie was released on bail on June 27 after spending nearly six months in pre-trail custody.

He was arrested on December 1, 2021 and charged with offences including assault with a weapon, assaulting a peace officer, assault, possession of a firearm without a licence, carrying a concealed weapon, mischief and possession of counterfeit money.

A warrant was issued for McKenzie as one of the conditions was that he remain at his residence and he also failed to show up to court.

Ironically, McKenzie was banned for life from possessing firearms in 2019 following a robbery and weapons conviction.

His alleged co-hort Stewart-Sperry was wanted in Niagara for failure to comply with a release order.

Today’s Northumberland has written about this time and time again. How the respect for the legal system, the court system has gone out the window long ago.

If the law, if the court system was what it was 20-years ago both of these people would be in jail awaiting for their charges to be dealt with.

If a suspect didn’t abide by the rules, they would be in jail until court. Now, time and time ago, a fail to comply is like a badge of honour for suspects. It doesn’t matter how many you get, you’ll still get released.

The only people that see how bad the justice system is, are the victims. Too many times, I’ve seen shocked faces of victims when the gavel comes down with such a lenient sentence. Too many times victims leave court in tears wondering where justice was for them.

And too many times repeat offenders brought before the courts know the system better than the lawyers that represent them. They laugh off the sentence.

People charged with serious offences are often released before the paper work is done by the police.

We can assure both the provincial and federal governments the public would be fully behind it.

Too many times the court process fails. What happened to Greg is just one more to add to the list.

So, as a Province, as a Country, let’s all say once and for all, enough is enough.

Demand change for a good cop that was just starting out his career. That got to live his dream for one day.

E-mail your federal politician now. No matter what party they belong too. Don’t phone them, don’t talk to them personally. E-mail them so there is a record of it.

Demand your Member of Parliament speak up in the House of Commons and speak for you and every other person of Canada who wants justice.

Let’s do it in honour for a good kid that every parent would be proud to call their son.

https://www.youtube.com/watch?v=1IMu2zKZLdg David Piccini, MPP for Northumberland—Peterborough South, was joined by officials at Campbellford Memorial Hospital (CMH) to announce more than