Editorial – In COVID Times – Be That Spark for a Better World 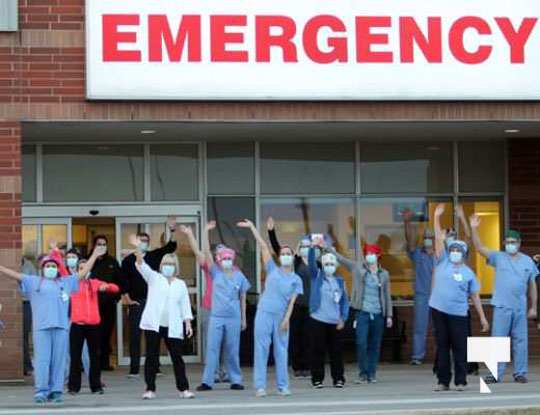 Editorial – COVID, the word, the meaning and everything about it I hate.

It hasn’t conquered us.

But it has divided us.

Not on the scale of even proportion but there is a division.

Loud voices don’t always mean you’re right. But they shouldn’t be dismissed either.

There are many things to think of with the word COVID.

Each of us makes their own decision to get the vaccine, needle, or poison if that’s what you want to call it.

I’ve had two shots and the booster. I won’t hide from what I’ve done.

I’m not bragging about what the Provincial or Federal Government has done. I think if you asked Ford or Trudeau they would admit there have been mistakes along the way. I wasn’t the keenest when we knew about the latest variant coming, but we still kept the borders open. But it is what it is. We can only go forward. Bitching about the past gets us no where.

The world has changed forever in these past two years. We can complain about it every minute of every day and it won’t change anything. If it helps you relieve the stress. Go for it.

But complaining won’t do anything.

The situation is getting to everyone. It’s one step forward, two steps back.

At the end of the day, I’ll put my faith in the governments (that we elected) and the doctors.

How we got here is pointless to argue. Where we are going is the question.

Differing opinions I believe is always welcome. But in no way does that mean acts of violence or putting others at risk. If that happens, the cause you’re fighting for is lost and no one pays attention or offers respect.

My last statement goes to what I said at the beginning. I’ve had two shots and the booster. I hope I don’t get COVID but I know full-well, likely I will. I just hope with what I’ve taken it won’t be as bad. I never ever thought the vaccines are a shield and that if you get them you have some mystical power that prevents you from getting COVID.. And I don’t believe doctors have said that either.

They’ve just stayed it will keep more people out of the hospital. I’ve learned from both sides during the past two years. I’ve seen the good, the bad, and the ugly in person and on television.

I’m grateful to people for stepping up and going into harms way. That means the people at the drive thru, the waitresses, taxi drivers that rarely get the recognition. They don’t get the big bucks, yet they do their job and have my gratitude.

The people who work in long-term care facilities. Again, they don’t get the big bucks, but they take care of our loved ones.

The volunteers at the vaccine clinics. Think of it – volunteers putting themselves at risk for my benefit and yours. They sure as hell aren’t doing it for the pay. It’s because it’s what they believe in.
It goes without saying I’m grateful to emergency workers, police, fire and paramedics. These past few years I can say without a doubt has been hell for them. The frustration and anger regularly boils over and they take the brunt of it on the street, then go home to their families and try to unwind before their next shift.

I’m grateful to the nurses and doctors and all hospital staff including custodians. They are on the front lines. Think of the anxiety for them every single time they step out of their house and go to work. The worry for their family what they will bring home?

It’s a silent war we are fighting. We can’t see the enemy. But we know damn well it’s there. This isn’t a rant on what too or what not to believe. That’s up to each one of you.

But I want to reach out and say whoever you are, whatever you do, slow down, take a breath if you hopefully can. Whether you live to be the ripe age of Betty White or not, realize time passes by so quickly. Be respectful to others, stay the course and say something nice to someone, a stranger, just once a day.

Take the extra effort in a store, five seconds to an employee. Not just a passing “thanks” and walk away, but a heartfelt one so they know you meant it.

I promise it will make the difference in their day. That may be the spark for a happier world.