Editorial – Strange Days Indeed When It Comes To Vaccine Rules 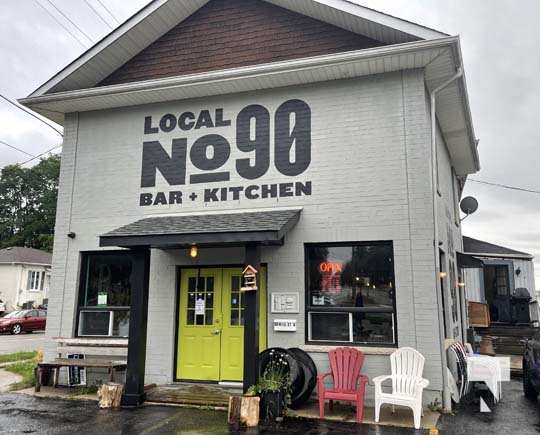 In a world of strange it doesn’t get much stranger than this.

Well, we shouldn’t really say “world” but let’s say province in this regard.

Of late, the province have implemented vaccine passports.

For the most part, the passports have gone without a hitch. Remember, I said for the “most part.”

Those that are exempt need a medical document to also confirm they have an exemption.

Some restaurants in the Cobourg and Port Hope area are opposed to the vaccine passports and have switched to take-out only thereby avoiding any confusion or confrontation for anyone who disagrees.

Local No 90 Bar and Kitchen have stated publicly they will not be asking for vaccine passports. Owner Dana Hubbard said if people wanted to show the passport, they are free too, but she won’t be asking for peoples medical records.

So, here is where the water gets a bit cloudy for those who may not be aware.

Today’s Northumberland reached out to the Haliburton Kawartha Pine Ridge District Health Unit asking if staff of such establishments like restaurants have to be double vaccinated like the people visiting.

“Currently, proof of vaccination only applies to patrons/customers in certain indoor settings (including dine-in eating at restaurants), not to staff,” said Bill Eekhof who is communications officer with the HKPR District Health Unit.

The health unit, like others across the province is only following provincial rules, regulations and laws. So they aren’t to blame.

Eekhof added, “The Ontario government has implemented a mandatory vaccination policy for staff in certain high-risk settings like long-term care homes, retirement homes, hospitals, schools, women’s shelters, group homes and other places. This means staff at these places MUST do one of three things:

Provide proof of vaccination against COVID-19;

Give a medical reason for not being vaccinated against COVID-19

Anyone who does not provide proof of full vaccination against COVID-19 in these workplaces will be required to undertake regular COVID-19 testing.

The Health Unit communications officer stated that businesses such as restaurants and organizations that are not required to be vaccinated should take precautions to stop the spread like wearing proper protective equipment including protection from the nose, mouth (and yes, he stated this) and eyes.

Which, (other than the eyes), is something most have been doing for over a year.

The world is in unchartered waters.

We (most people) rely on medical experts. Always have, hopefully always will.

As hard as they try, governments can do nothing right in some peoples eyes.

Mistakes are also bound to happen.

To be open and honest, I’ve had a double shot of the vaccine (and a few other “double shots” over the years).

Of all the comments I’ve read and people I’ve spoken with over the past nearly two years, never have I heard someone ever say they were wrong about either decision regarding the vaccine.

But with this, however you believe, it just doesn’t sit well, that people entering a restaurant or a number of other venues must show proof of vaccine. Yet the people serving you and many others during the course of the day, don’t have to be vaccinated.

As strictly an open question, if the province believes in what they are doing is right – wouldn’t it be safer to have everyone in the establishment vaccinated?