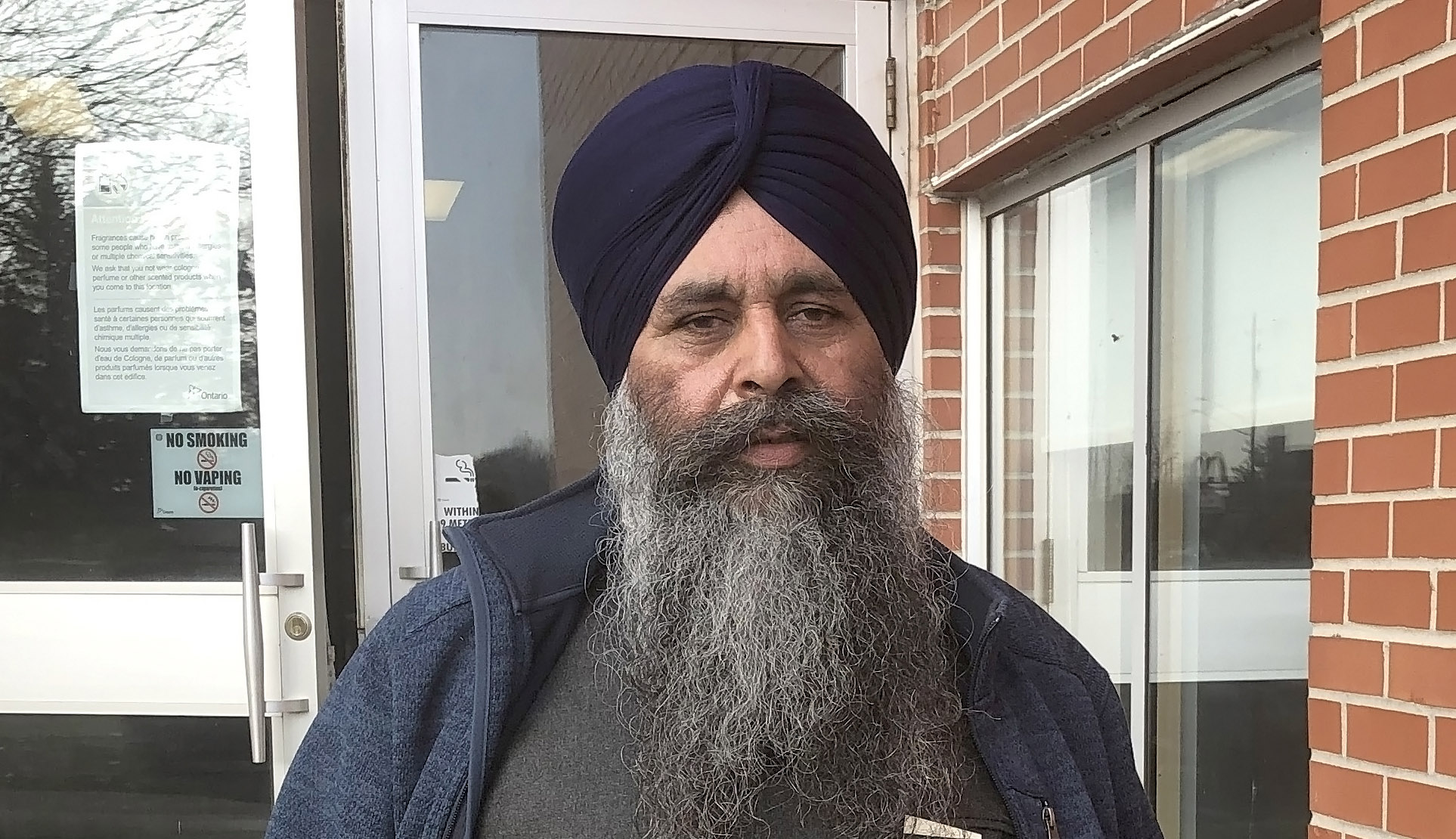 A Bramption man’s sentencing hearing was delayed until July 8, 2021 after a COVID-19 outbreak at the Central East Correctional Centre.

The sentencing for Baljinder Singh was in relation to the collision he caused where two people were killed on August 3, 2017 on Highway 401 at Port Hope.

Todd Gardinier (age 26) from Newcastle and his cousin Michael Glazier (age 35) from Guelph were on their way to a family cottage to take part in a yearly golf tournament for the weekend celebrating Gardiner’s fathers (Terry) birthday when Singh’s transport slammed into their pickup truck which had almost stopped as a result of construction.

Evidence showed Singh would have had a clear view of the vehicles ahead for 28 seconds or 780 metres (nearly one kilometre) at the 100 kph posted speed limit prior to the collision.

Court heard although Singh has no criminal previous record there were eight convictions under the Highway Traffic Act from 2010 to 2016. Those include drive commercial motor vehicle with defect, driver commercial motor vehicle with major defect, improper drive on divided highway, unsafe move, fail to carry/surrender proof of insurance, improper parking, disobey red light and unsafe move.

Defence counsel, has sought a jail term of five-and-a-half months. Meanwhile Crown Attorney Russ Woods made submissions for a penitentiary term in the range of two to three years.

Justice Speyer said she was advised on yesterday, (Thursday, May 20, 2021) of a COVID outbreak in the entirety at the Central East Correctional Centre in Lindsay.

“The institution is minimizing prisoner movement in order to prevent the spread of the virus.”

“In order to protect both the staff, who are also at risk and the inmates I decided it was important not to cause Mr. Singh to be transferred to that institution today which is what would have happened had he been sentenced.”

Speyer added, “I appreciate your frustration at this further delay, it’s simply a product of the public health situation.”