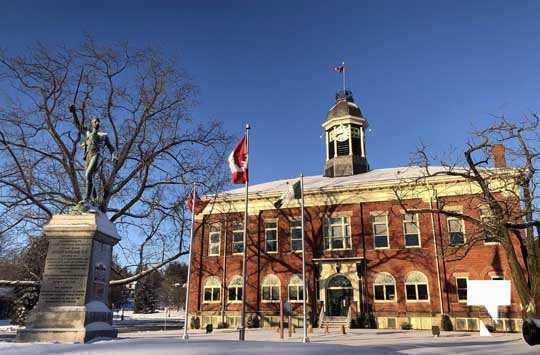 By Cecilia Nasmith/Today’s Northumberland
Even though Mother Nature isn’t co-operating to get the natural-ice surface of Port Hope’s Caroline Street rink ready for skaters, that’s not the only consideration in these dark COVID-19 days.

The municipality’s Department of Parks, Recreation and Culture is poring over the latest provincial shutdown regulations to come up with a plan consistent with its conditions, including the one that limits the rink’s capacity to five.

This is half the capacity previously allowed under provincial guidelines prior to the shutdown that began Thursday. And, as they waited for the proper weather conditions, Director Jim McCormack said they had put together a plan that would have worked under the rules as they existed before January 14.

Once weather permitted and the rink opened, McCormack said, they were ready to declare a top capacity of 10 on a reservation basis, with hourly slots people could register for on-line or by phone. Each hour slot gave skaters 45 minutes of ice time, followed by a 15-minute buffer period for the changeover to the next 10 people – a move designed to minimize contact among individuals.

Meanwhile, there’s the issue of the ice surface.

Each year, they look for five consecutive days with daytime high temperatures of no more than -5 to -8 degrees Celsius.

“Even if you look at the long-range forecast, it could still be another two weeks.”

People think water theoretically freezes at zero degrees, McCormack continued, but in actual practice that is not the case. Even on an indoor rink, they don’t put water on that concrete pad until the temperature is down to 18 degrees Fahrenheit (14 points below the freezing point on the Fahrenheit scale).

When the time comes that a usable ice surface is possible, they will keep some elements of the original plan, adjusting the capacity to five and involving the very reliable booking software that serves them well in everything from reserving ice and pool times to taking program registrations.

“We are carefully considering our options, making sure we’ve got the regulations correct and making our final decision,” McCormack said.

“It’s not an easy decision.”