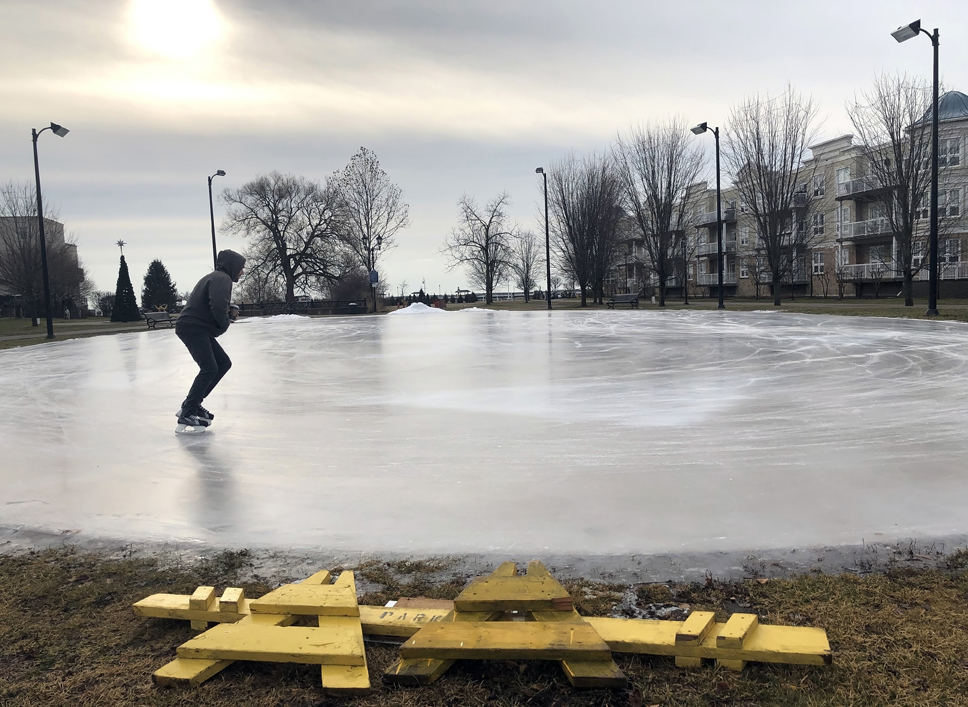 By Cecilia Nasmith/Today’s Northumberland
At some point, Councillor Nicole Beatty asked at this week’s Cobourg council meeting, might the town consider additional outdoor skating rinks in addition to the one at Rotary Waterfront Park.

Beatty’s question came after council passed the motion making it official that the rink will be open this year as soon as weather permits, with certain nods to COVID such as keeping the bus shelter closed but adding benches around the oval where people can sit to put on or take off their skates.

If there is the demand, she said, it would be nice to do a bit of work in advance to scout out how it might be done.

“In particular, I understand in the past there were rinks around the trailer park,” Beatty said.

“If there was the demand, have we ever given any thought to a second location for an outdoor rink?”

Chief administrative officer Tracey Vaughan said this could not be done without at least some outlay of materials and staff resources. But Councillor Brian Darling said the trailer park should not be a prospective site.

“This was tried a number of years ago, and it was unsuccessful,” Darling said.

Efforts to create some kind of structure to contain the water did not work, and it kept running off – but this was not the only problem.

“The gravel made for a very rough patch,” he said.

“And it attracted the sunlight, which made the ice squishy.

“And due to the amount of trees and the wind, small branches were falling on to the ice and getting embedded, which became a real risk with the tripping hazard,” Darling listed.

“A very good effort was put forward, but it just didn’t materialize.”

“Maybe not the trailer park, but additional spots in the community – let’s just see what demand is,” Beatty suggested.

“I just keep thinking of winter initiatives and how to make Cobourg more of a four-season destination.”