New Waterpark Is A Go for Cobourg – But Where Was Input? 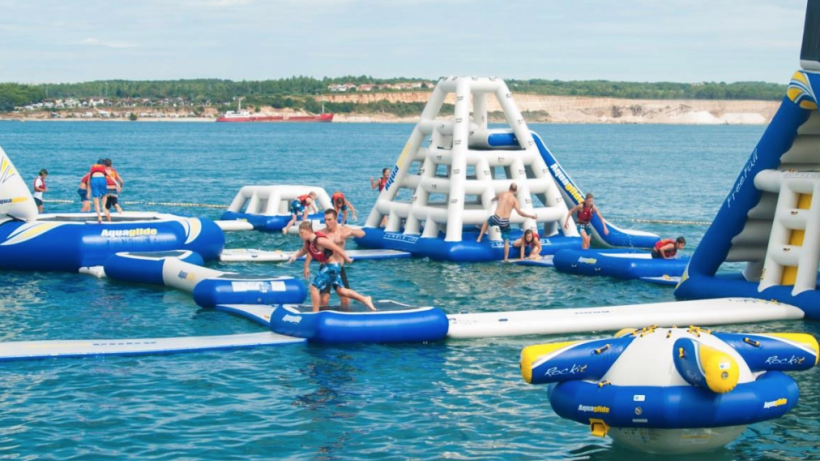 Editorial – So council has decided to put in a waterpark this summer.
A two-year contract was awarded to a company to supply the waterpark at the Cobourg beach this summer.
Estimated revenue could be as high as $275,000 and that would be amazing.
But there is one critical part in this discussion.
Where was the public input?
There was a recent Waterfront Master Plan with input from the public and nothing like this as far as Today’s Northumberland is aware of was ever brought up.
Councillor Suzanne Seguin stated at council as quoted by Cobourg Media, “For this master waterfront plan, over 2000 of the public submitted their votes for what the waterfront should be. Council hasn’t seen this and I don’t like to be left in the dark. If its ready, and to proceed properly with this, then show it to council.”
Deputy Mayor John Henderson further added, “I would like council to acknowledge the analogy as the master plan is the horse and this project is the cart. We are putting the cart before the horse.”
Council took the critical part of the process out for the public to help with input in the decision.
Anne Glennie Ruttan stated online, “ I spent 1.5 hours completing that survey, it’ll be the last time I bother. I didn’t agree with the decision to go ahead with this project yet, but as with the Frink, now that it’s for sure, I hope it’s a positive move for the town.”
That is critical to the process, the waterpark could be amazing for the beach, tourism the town and could generate hundreds of thousands of dollars. But, what is the almighty rush?
There were questions to be answered, and none were. Why?
Who brought this idea up, what is the rush?
And most importantly, do the citizens of Cobourg want it?
If council wanted input on the waterfront and people took the time to fill out a survey, why not see how much people want this as a scenic part of their beach.
What ideas are in the 2,000 survey’s that were filled out?
It’s the wrong move at the wrong time for councillors who voted on this.
Mayor Gil Brocanier, Councillor Brian Darling, Councillor Forrest Rowden and Councillor Aaron Burchat took away the public’s right to have input.
The 4-3 vote for the go-ahead gives the appearance that on the surface of the water, council cares about the community input, but just under the waterline – do they?
Like it or not, the waterpark is set to open on June 23.