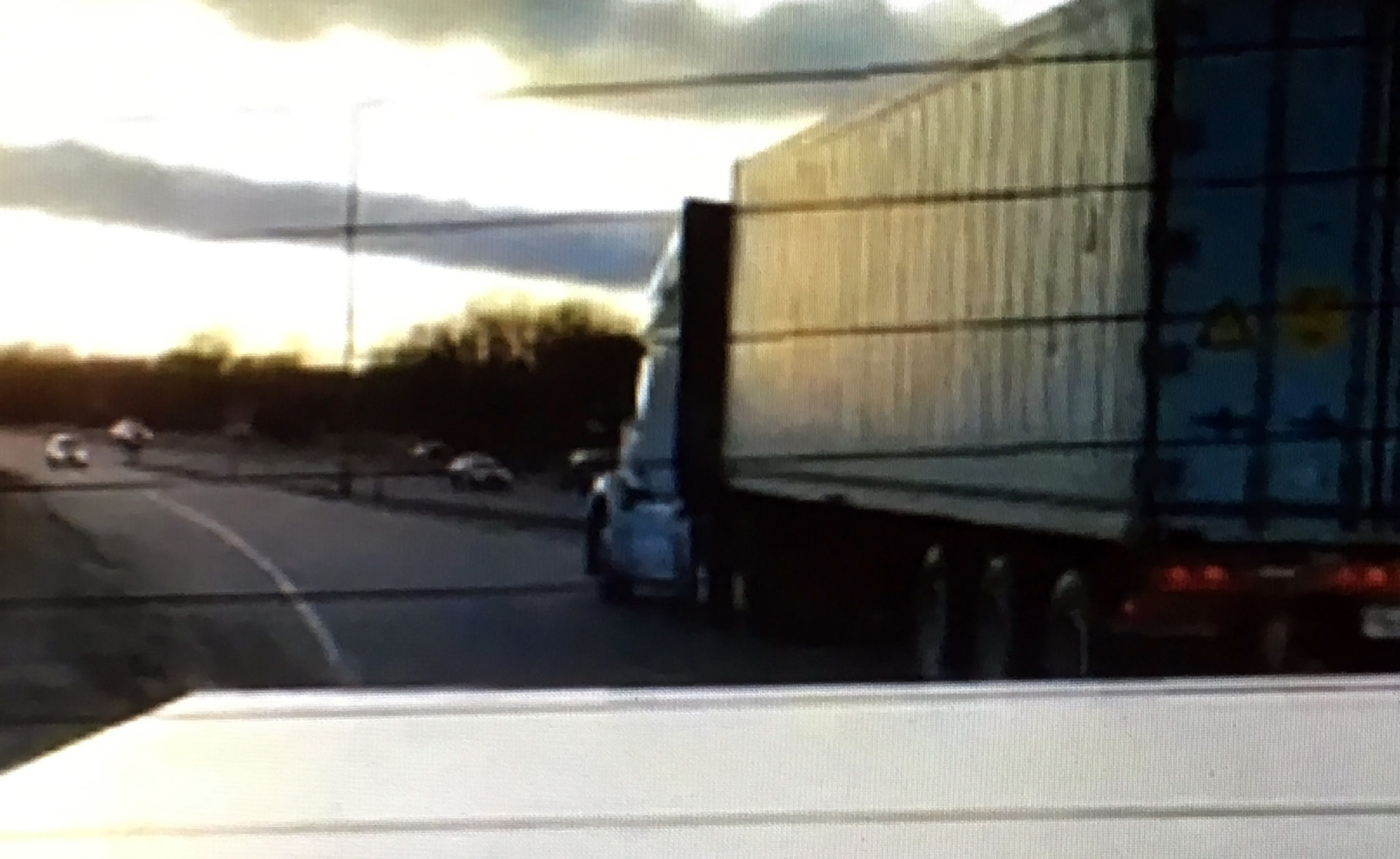 If you didn’t see it, you likely wouldn’t believe it.
Jenn Elmy, her 10-year-old son and her father were returning from a rep hockey game in Port Perry to their home just south of Belleville on Saturday.
The family decided they would pull off at the Port Hope On-Route Service Centre for supper around 5 p.m.
Thankfully Elmy had her phone in her lap, because she said without the video people may not believe her.
As they were on the off-ramp to the service centre, a 18-wheel transport truck suddenly started coming at them in the head-on. Travelling westbound, about to enter the eastbound lanes of Highway 401.
At first Elmy thought the transport would turn right at the service centre and go past the gas pumps and head onto the eastbound on-ramp, but when the transport came to the intersection of the On-Route, the driver turned left.
“He started to come at us, and he didn’t even look at us for us to be able to say, “you’re going the wrong way.”
“He continued down and he had cars coming on one side of him, then he veered over and they started coming down the other side of him. And he got to the very end of the off-ramp and stopped.”
“What I don’t understand he passed five more cars, so was he really that confused? I really don’t know why he didn’t pull over sooner.”
“I didn’t know what the hell to do other than get my son inside.”
Elmy went inside and got her son settled and went back out to see what had happened to the transport.
She was again surprised the transport didn’t back up the off-ramp, but likely did a u-turn onto Highway 401 at the bottom of the ramp.
“Had he backed up, we would have scene him (from) inside the restaurant.”
Looking back at the incident, Elmy said she was stunned at what she had witnessed.
Elmy said she counted six “Do Not Enter” signs from the restaurant to the off-ramp the transport must have passed as he was headed onto Highway 401 in the wrong direction.
“You put my child’s life in danger, not to mention everybody else on the 401.”
The video is muted because Elmy says they were doing “some pretty heaving swearing.”
“You have this 18-wheeler coming at you and you have no where else to go – there is only one lane.”
Elmy has e-mailed the President of the company and included video of the incident but as of Sunday evening hasn’t heard back from them.