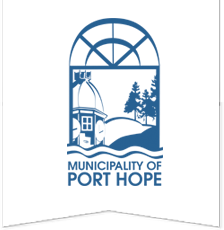 Councillor Vacancy Report
At their regular Council meeting on Tuesday night, Council officially declared a seat vacant and passed a resolution directing the Clerk to approach the Ward 1 Councillor candidate with the next highest number of votes that was not successful in the 2014 Municipal election. The Clerk will ensure that the candidate consents to the appointment and, if consent is obtained, the new Councillor will be sworn in at the next regular Council meeting on March 6, 2018. In the event that consent is not given, the next previous candidate with the highest votes will be approached by the Clerk.
A follow-up media release will be issued when the Clerk obtains consent from the candidate and the paperwork for the appointment has been prepared by Municipal staff.

Development Charges Rebate Program – Expression of Interest
Council considered a staff report from the Planning division regarding the Municipality of Port Hope’s eligibility to obtain funding from the Ontario Ministry of Housing (MHO) in the form of a Development Charges Rebate Program. The program proposes to increase the supply of affordable housing, specifically purpose-built market rental housing in the Province of Ontario. Under the program guidelines, the Municipality is eligible to apply for the funding as the rental market in urban Port Hope is characterized by high rents and extremely low vacancy rates.

At the meeting, Council passed a resolution directing staff to proceed with the application for the funding and to designate the County of Northumberland, the Municipality’s Housing Service Manager, to act as the Administrator. If the application is successful, the County will enter into a Transfer Payment Agreement with the Ministry of Housing on behalf of the Municipality of Port Hope.

The Municipality will provide more details about the outcome of the application, as it becomes available.

Heritage Port Hope Advisory Committee – Heritage Achievement Awards
The Heritage Port Hope Advisory Committee made a delegation to Council to announce the recipients of the 2017 Heritage Achievement Awards recipients. The awards recognize and pay tribute to individuals, businesses, organizations or institutions which have contributed to the preservation and restoration of heritage in our community. The recipients of the awards are:

The Municipality would like to extend their congratulations to each of the recipients and to thank them for their dedication and commitment to heritage preservation in the community.

After consideration of a report from staff at the February 6, 2018 Committee of the Whole meeting, Council authorized the naming of trail sections along the Ganaraska River. The trails are now named:

The Parks, Recreation and Culture (PRC) Advisory Committee has been working with staff to develop a trail naming program with the following objectives:

This resolution also included the adoption of the Naming of Municipal Facilities and Public Parks Policy which includes Trails. This policy now supersedes the former Policy (54/2013).

Council approved a resolution to relocate the Little Station House to the green space located at the Elias Street parking lot.

The Little Station House is a structure owned by Architectural Conservancy Ontario (ACO), Port Hope Branch and is currently located on the northwest corner of the inner harbor on the properties formerly leased to the Port Hope Yacht Club. The building is a designated heritage building and the ACO has expressed an interest in restoring and relocating this building to Municipal property in close proximity to Lent’s Lane and the Elias Street parking lot.

The remediation project that is to take place in the spring will see the re-location of the Little Station House and temporarily store the house elsewhere on Hayward Street. In advance of this, the ACO, in partnership with the Municipality, recommended the re-location of the structure to a permanent location so that it may be used more broadly by the community.

Minutes from this meeting will be available pending approval at the next Council meeting on Tuesday, March 6, 2018, at which point they will become the official record of the meeting.

A recording of the February 20, 2018 Regular Council meeting and the Committee of the Whole meeting is available at porthope.ca/council-communications.